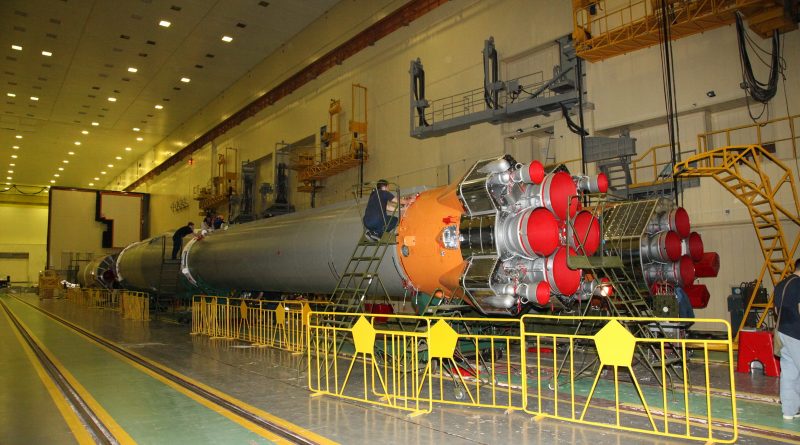 Engineers at the MIK Launcher Integration Facility at the Baikonur Cosmodrome complete the early assembly steps of the Soyuz 2-1A rocket that will launch the Progress MS-06 spacecraft to the International Space Station on June 14, 2017 for the delivery of close to two and a half metric tons of cargo. The early integration phase of the Soyuz rocket includes the assembly of the core stage followed by associated acceptance tests and the attachment of the four strap-on boosters to the 27.8-meter long core. These are the major prerequisites for the arrival of the encapsulated spacecraft that will first be attached to the Block I third stage before the structural connection between the core and Block I is made.