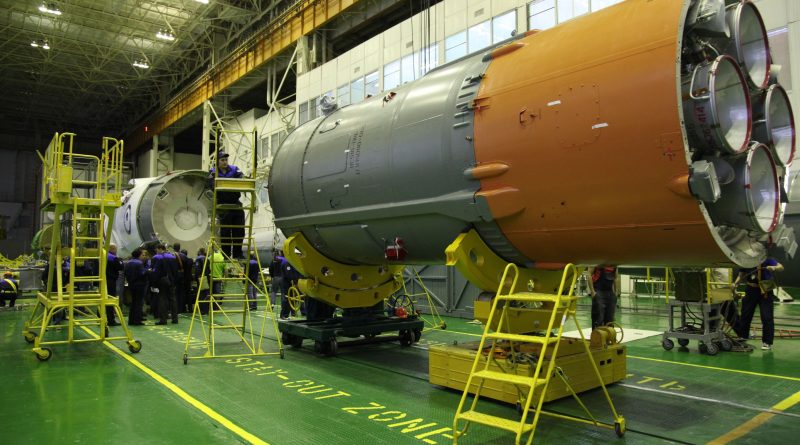 Russia’s Soyuz FG rocket completes assembly at the MIK Launcher Integration Facility in preparation for the launch of the Soyuz MS-04 spacecraft to the International Space Station with a two-man crew. The encapsulated Soyuz craft was fitted with its Launch Escape Tower and attached to the Block I third stage of the Soyuz rocket before the Block I was mated with the central core that had received its four liquid-fueled boosters earlier.