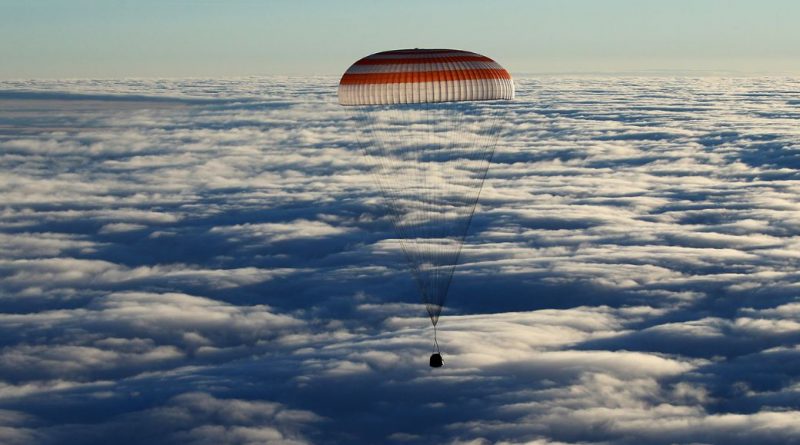 The Soyuz MS-06 spacecraft with a Russian-American crew trio on board parachuted to a safe rocket-cushioned landing on the snow-covered steppe of Kazakhstan on February 28, 2018 after a 114.5-million-Kilometer mission circling the Earth 2,688 times over 168 days. Returning aboard Soyuz MS-06 was two-time Soyuz crew member and first-time commander Aleksandr Misurkin, army-engineer-turned astronaut Mark Vande Hei, and ISS veteran Joe Acaba who returned from his third space mission.

All Photos below: GCTC/TASS/Ria, published by Roscosmos