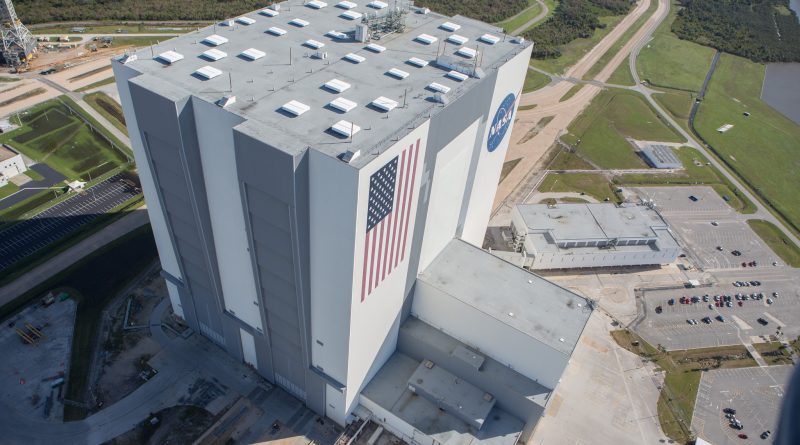 An extensive damage assessment and recovery effort has begun across Cape Canaveral after Hurricane Matthew’s close brush past Florida’s Space Coast in the early hours on Friday.

It had been feared the Cape could take a devastating hit, but a late shift in the storm’s path to the east kept the most powerful winds just off shore, however, peak gusts over 170km/h did cause widespread damage across the Cape –  luckily no flight hardware was harmed and all structures held up.

Photos shown on this page are from an aerial survey of the Kennedy Space Center where work is currently underway to conduct detailed inspections to assess damages and initiate the necessary steps to re-open KSC for regular business.

“After the initial inspection flight Saturday morning, it was determined that the center received some isolated roof damage, damaged support buildings, a few downed power lines, and limited water intrusion,” NASA said in a statement.