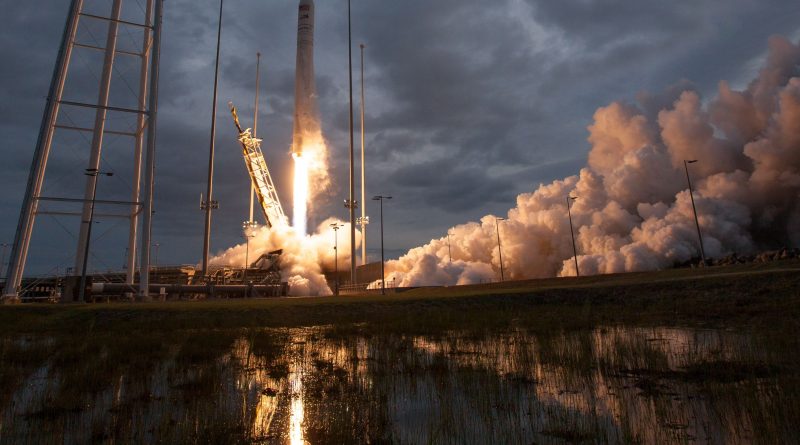 Orbital ATK successfully launched an Antares 230 rocket from Pad 0A at the Mid-Atlantic Regional Spaceport located on NASA’s Wallops Flight Facility on Sunday, November 12, 2017. The second Antares 230 sporting new engines lifted off at 12:19:55 UTC and operated for nine minutes to send the eighth operational Cygnus cargo spacecraft – named in honor of the late Moonwalker Gene Cernan – into a Low Earth Orbit for a rendezvous with the International Space Station.

All Photos below: Orbital ATK