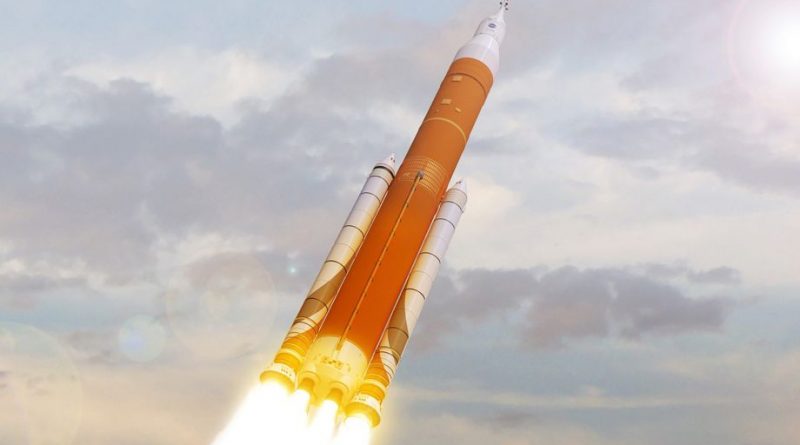 NASA is looking into the possibility of putting Astronauts on the first flight of the mighty Space Launch System, the agency’s super heavy-lift rocket that will enable crewed exploration missions Beyond Earth Orbit.

This information was confirmed on Wednesday in a memo from Acting NASA Administrator Robert Lightfoot sent out to NASA workforce and comes as the result of a request by the NASA transition team under the new Trump administration.

Rumors of a potential proposal of putting a crew on the inaugural SLS flight have been heard for the last two weeks following reviews of the current SLS and Orion program timelines that called for an uncrewed test flight of SLS in the fall of 2018, sending the Orion craft on a shakeout mission to the moon, followed by the first crewed flight in 2021, at the earliest.


NASA has been under pressure from various directions in recent years as independent reviews already cast doubt on SLS/Orion meeting its current schedule for a 2018 test flight, let alone a 2021 mission taking a crew on a lunar flyby mission – at least with the current funding outlook.

Additional pressure emerged due to the ongoing “old space vs. new space” debate pushing focus on commercial spaceflight developments that could result in NASA losing additional funding unless the agency commits to delivering results on a timeline matching its commercial counterparts.

Concerns associated with the stretched timeline for SLS/Orion development were voiced by the transition team and NASA leadership responded by agreeing to look into the feasibility of turning Orion’s Exploration Mission 1 (EM-1) into a crewed flight.

“I have asked Bill Gerstenmaier [NASA Associate Administrator for Human Exploration] to initiate a study to assess the feasibility of adding a crew to Exploration Mission-1, the first integrated flight of SLS and Orion,” Acting Administrator Lightfoot wrote in his memo. “I know the challenges associated with such a proposition, like reviewing the technical feasibility, additional resources needed, and clearly the extra work would require a different launch date.”

Wednesday’s announcement caused some excitement among the NASA workforce including personnel already preparing for supporting roles in the EM-1 mission such as flight controllers training for Orion’s first exploration flight at the Johnson Space Center.

Although Wednesday’s announcement represents a bold step by NASA, a lot has to fall in place to make a crewed EM-1 mission a reality. A number of technical challenges have to be faced to get Orion ready to support a crew, schedules have to be adjusted, funding needs to be worked out and, possibly the greatest hurdle, internal and external risk assessments have to clear the maiden mission of a monstrous launch vehicle to fly with a crew.

Risk management and mitigation has become a much bigger issue since the early days of spaceflight when the U.S. was actively racing to be first on the moon. And even in those days rockets were first flown without crews to establish confidence in their reliability.

Only once before has NASA decided to put a crew on the maiden flight of an orbital launch system: Regarded as the most complex spacecraft at the time of its launch, the Space Shuttle needed a crew on board to manually pilot the craft to a runway landing, forcing NASA to put a two-person crew on Columbia’s historic, but inherently risky voyage in 1981.

As explained by Lightfoot, a 2018 launch date for a crewed mission would be highly unlikely because Orion was not expected to be ready for human habitation during the EM-1 mission. Some key life-support features were not expected to finish development prior to EM-1 which would require a workaround, likely using adaptations of existing systems of ISS and Shuttle heritage to support a crew for a short-duration mission.

Lightfoot emphasized that “it is imperative to the mission of this agency that we are successful in safely and effectively executing both the SLS and Orion programs.”

To that end, it is also doubtful whether EM-1 would remain a lunar mission if NASA decides to put a crew on board. An alternate mission scenario would be to ballast the SLS launcher and lift Orion into a Low Earth Orbit to keep the option of aborting the mission at any given time by expediting the capsule’s return to Earth or using the International Space Station as a safe harbor.

In addition to Orion readiness, another issue NASA will be facing in placing a crew on EM-1 will be the upper stage of the SLS rocket. While the rocket’s twin Solid Rocket Boosters and massive core stage employ human-rated components with Space Shuttle heritage, the upper stage of EM-1 will be the Interim Cryogenic Propulsion Stage (ICPS) – a modified Delta IV second stage.

Later flights of SLS would use what is known as an Exploration Upper Stage (EUS), a more-powerful, human-rated stage that is not expected to be ready before 2021.

ICPS is intended to act as a stopgap to get SLS to the launch pad before the end of the decade and plans for a human-rated ICPS were abandoned last year at the request of the U.S. Congress despite arguments by NASA that ICPS may be required on the crewed EM-2 mission should funding not permit EUS to finish development in time.

It is now up to NASA and its industry partners to assess what it would take to navigate numerous technical challenges and accomplish a crewed EM-1 mission in a reasonable time frame while also positioning SLS for its future role of enabling human exploration beyond the Earth-Moon System.