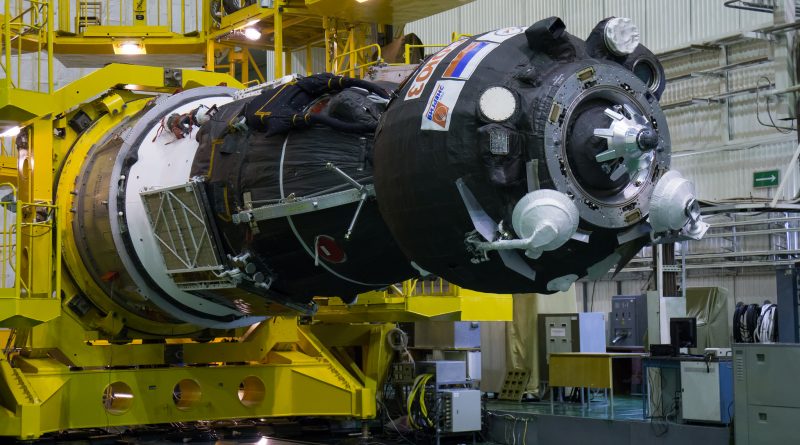 NASA is looking to temporarily increase the American crew contingent aboard the International Space Station from three to four as soon as September by purchasing seats on Russian Soyuz spacecraft given to Boeing in the dismantling of the failed Sea Launch endeavor.

The original plan was to permanently increase the U.S. Segment’s crew to four once commercial crew traffic to the outpost begins, however, the recent decision taken by Russia to reduce its crew to only two permanent members offers an opportunity for additional hands aboard the U.S. side of the orbiting complex.

Russia decided to scale back its crew on ISS because the current workload does not justify three crew members living and working in space, at least until the flagship laboratory module ‘Nauka’ can be launched. The picture is very different on the U.S. Segment where a much greater number of scientific activities are underway at any given time with a strong desire to step up to four crew members to be able to gain additional hands to be able to support even more experiments.


NASA issued a procurement filing this week in which the agency details its plan to contract with Boeing to purchase crew transportation on Russia’s Soyuz vehicle for two missions in the fall of 2017 (Soyuz MS-06) and the spring of 2018 (Soyuz MS-08). Furthermore, NASA said it is considering an option to acquire crew transportation from Boeing for three crew members in 2019 to ensure a permanent U.S. presence on ISS even if Boeing and SpaceX encounter additional delays with their commercial crew development.

“NASA is considering purchasing these services from Boeing, without competition, because no other vehicles are currently capable of providing these services in Fall 2017 or Spring 2018,” the filing said. According to the statement, Boeing obtained the rights to five seats on the Soyuz from the spacecraft’s manufacturer RSC Energia in an agreement reached in the dismantling of the Sea Launch endeavor that left a substantial sum of money owed to Boeing by RSC Energia, majority Sea Launch shareholder since 2010.

A legal dispute arose in 2015 with Boeing claiming it was not properly reimbursed for over $300 million of expenses incurred while Sea Launch was in operation. A federal court decided on the case in May 2016, assessing the amount owed to Boeing at $320 million, but subsequent filings indicated that Energia and Boeing were negotiating an alternate settlement plan.

An agreement between Boeing and Energia was reached to offset the debt with specifics being kept under wraps by both companies. It is understood that the exchange of Soyuz seats is only part of a broader agreement.

Roscosmos announced the decision to cut its ISS crew contingent in September, freeing up seats on the Soyuz spacecraft either for space tourist missions, crew members of ISS partners or for additional cargo upmass capacity. At present, Russia plans to move back to three permanent crew members in 2018 once the Nauka Multipurpose Laboratory Module is open for business.

What has drawn more attention than the two missions in 2017 and ’18 is the option for three additional seats in 2019. NASA’s current contract with Roscosmos for ISS crew transport on Soyuz runs through 2018 at which point the agency was expecting to move to Boeing’s Starliner and SpaceX’s Dragon 2 spacecraft for transporting crews to ISS from U.S. soil.

Both, Boeing and SpaceX, experienced persistent delays to their commercial crew vehicle development and testing schedules with crewed test flights slipping into mid-2018 – leaving only a few months of margin before operational missions would have to start. This raised concerns that no vehicle would be ready for operational services in 2019 and NASA could run into a de-crew scenario of the U.S. Segment which, as the agency states, “would diminish vehicle operations to an inoperable state.”

NASA categorically ruled out the possibility of buying additional seats directly from Russia and the deadline for ordering seats from Roscosmos passed late last year. With the option provided through Boeing, NASA bought additional time to watch over development efforts by Boeing and SpaceX until fall 2017 when a decision on the 2019 Soyuz seats has to be made.

At present, Boeing’s Starliner is aiming for an uncrewed test flight in June 2018 and a crewed test in August of that year while SpaceX is working toward an uncrewed Dragon 2 flight in late 2017 and a crewed test in May 2018. These dates are hardly set in stone and will likely move as the companies work through the technical challenges that naturally occur over the course of the development of a complex spaceflight architecture.

NASA will enter negotiations with Boeing shortly after the Jan. 27 deadline of the solicitation issued this week. With Soyuz MS-06 currently aiming for launch in mid-September, work will have to progress quickly toward selecting a crew member for the mission to enter the regular training flow.

No details were released on what Boeing plans to charge NASA for the two Soyuz seats. Under the present agreement with Roscosmos, each seat on Soyuz occupied by a NASA crew member comes with a price tag of $81.7 million.

Boeing said it would not charge NASA more than they are currently paying. From an economical sense, this agreement will put Boeing into a sweet spot – earning money from ISS missions in 2019 regardless of whether they occur on the Starliner or the Soyuz.

While the 2019 seats act more as an insurance, the 2017/18 missions will enhance the Space Station’s capability to complete ground-breaking scientific studies spanning across all disciplines. An additional pair of hands nearly doubles the crew time spent with utilization tasks each week as time spent maintaining ISS would not significantly increase with a fourth crew member that could purely focus on utilization.

“The purchase of these services in 2017 and 2018 will increase US crew size on the ISS from three to four crew members to maximize ISS science utilization,” the NASA solicitation states. “Maximizing science utilization of the ISS is a program priority.”