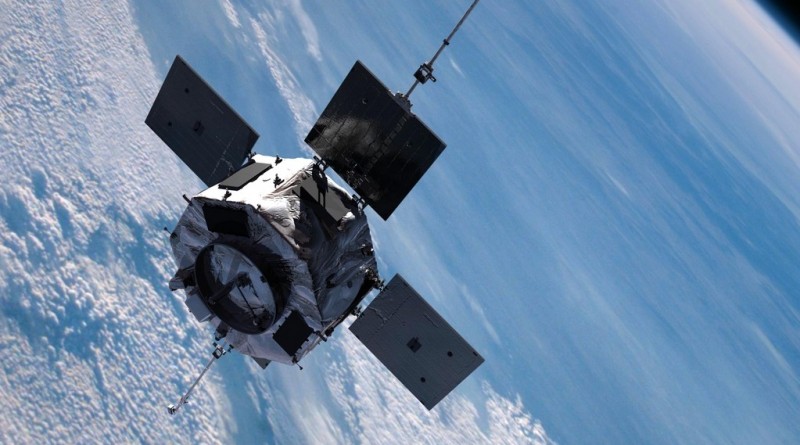 NASA has officially declared the Van Allen Probes mission a success in March – one year and seven months into the planned two-year mission. The Van Allen Probes have achieved and surpassed all mission objectives and requirements for mission success. Over the course of their mission, the twin spacecraft circling Earth in an highly elliptical orbit have found a transient third radiation belt not known before, discovered a massive electron acceleration process in the belts, measured double layers that seed particle population and provided data for the improvement of space weather models.

“All of these fundamental findings are, in very real ways, changing much of what we thought we knew about the radiation belts and plasma physics,” said Barry Mauk of the Johns Hopkins University Applied Physics Laboratory, Van Allen Probes project scientist.

“It’s very gratifying to be able to have these incredibly accurate and sensitive instruments in orbit, and use them to produce these results. The declaration by NASA of mission success at this early stage of the mission is another laurel for all of the teams.”

After discovering a third radiation belt around Earth shortly after being launched in 2012, the two Van Allen Probes continued to gather data to help explain the formation and dissipation of the third belt. From their orbital vantage point, circling Earth between 600 and 31,000 Kilometers, the two spacecraft can make in-situ measurements as they penetrate Earth’s radiation belts several times a day. The mission uses two spacecraft to examine how particle and energetic events propagate through the belts.

In 2012, data from the spacecraft showed a previously unknown configuration of the radiation belts with a narrow ring beyond the inner belt and a third, larger, outermost belt that persisted for about four weeks.

Scientists found that Electromagnetic Ion Cyclotron (EMIC) waves caused the depletion of Ultra-Relativistic Electrons responsible for the third belt, leaving behind the narrow ring of particles protected inside the Plasmapause keeping the narrow ring stable for extended periods of time.

Examining low frequency waves, the Van Allen Probes delivered data providing clues on the processes that accelerate particles to nearly the speed of light. Ultra-low frequency waves were found to speed up particles in their orbit within the radiation belts. Perfectly matching the electrons in frequency, the ULF waves create an acceleration mechanism that acts much faster than predicted in previous models. This information will help scientists adjust their models and provide a new understanding of radiation belt dynamics.

Radial Acceleration occurs when particles are transported perpendicular to the magnetic field that surrounds the Earth. As the particles move to areas of higher magnetic energy, they speed up.

Particles can also be accelerated by local energy sources – a phenomenon first seen on Van Allen Probe Data in 2012. Data indicated that particles were accelerated right in the middle of the Radiation Belts due to a rapid increase in energy – ruling out the Radial Acceleration principle.

Solving a decade old mystery, data collected by the twin spacecraft revealed that electrons are accelerated by a linear and diffusive process caused by natural low-frequency radio waves known as chorus waves. Local wave acceleration is a universal process that is likely to occur on the magnetospheres of Jupiter, Saturn or other plasma environments in the universe.

Using Van Allen Probes data, scientists correlated measurements of electrons precipitating out of the belts by the Polar-orbiting Operational Environmental Satellites to chorus wave processes ongoing in the belts, not requiring real-time in-situ measurements from within the belts. Remotely detecting the chorus waves in the whole belt is an important step to establishing operational systems that allow a basic forecast of conditions in near-Earth space.

Attempting the prediction of electron acceleration events, researches went back in time and used computer models based on data from the Van Allen Probes and solar wind measurements to simulate a geomagnetic storm that occurred in 2012 which exhibited a unique structure showing two peaks of electron activity. Teams successfully modeled the storm which increased confidence in the new models and the deeper understanding of belt dynamics that the Van Allen Probes helped establish.

The resolution of the measurements made by the Van Allen Probes was high enough to uncover a phenomenon that was considered impossible in previous models. Collected data showed that the electrons within inner belt are showing an organized pattern resembling zebra stripes and upon further probing it was determined that these patterns were caused by Earth’s rotation which is slow compared to the particles within the belts that approach the speed of light. In the past, scientists agreed that solar wind activity was the primary driver of particle patterns in the Van Allen belts.

The process behind the electron patterns is a weak electric field that oscillates due to the rotation of Earth and the tilt in Earth’s magnetic axis. This weak field extends through the inner belt and affects all particles within it, but is not strong enough to influence the outer belt.

The discovery of the real driver behind the electron patterns illustrates how quickly new data can change the understanding of the dynamics in Earth’s environment and shows the benefit of missions such as the Van Allen Probes.

In parallel with the Van Allen Probes mission, the BARREL project was underway in Antarctica. A team of scientists and engineers spent several months in Antarctica in 2013 and 2014 to launch a total of 20 balloons equipped with measurement equipment capable of detecting X-Rays and Gamma-Rays to examine particles precipitating out of the radiation belts and spiraling down the magnetic fields near the South Pole.

The BARREL mission specifically looks at particles that break out of the belts and make it all the way to Earth’s atmosphere providing data on the spatial extent of the relativistic electron precipitation while the Van Allen Probes can only monitor the general loss of radiation belt particles.

Combining the two data sets on the same particles can improve understanding of the physics behind what drives such high-energy particles.

Although NASA has declared the Van Allen Probes mission a success, the twin spacecraft will continue to orbit the Earth and gather more data to be analyzed by scientists to unlock more of the mysteries that are right above our heads and can affect our daily lives. Going into the mission, there was the option of extending the two-year primary mission by an additional two years, a decision that will be made in the months to come.