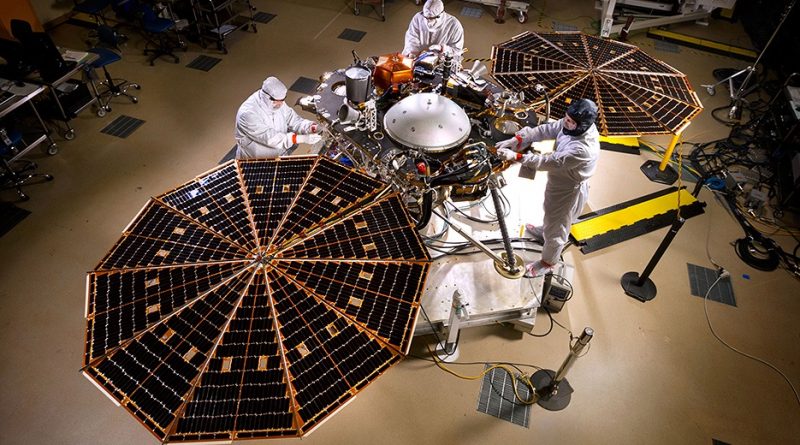 NASA approved the InSight Mission for a May 2018 launch to Mars after the flight had to be delayed from its March 2016 launch slot due to a serious problem with one of the lander’s seismic instruments.

The two-year push comes at a high cost for the agency since the budget overrun of the mission could affect other projects.

NASA and its partner, the French Space Agency CNES, decided to abandon InSight launch preparations in December because of a persistent vacuum leak in the primary science instrument of the lander which sets out to provide the first detailed look at the interior structure of Mars. At the time of the decision, InSight was being processed at its Vandenberg launch site and the mission’s Atlas V rocket had already been assembled.

Because of the geometry between Earth and Mars, launch opportunities to our neighboring planet only come every 26 months. InSight is now targeting a liftoff in the 2018 Interplanetary Window with liftoff penciled in for May 5 which would set up a landing on Mars on November 26, 2018.


InSight, going by the full name ‘Interior Exploration using Seismic Investigations, Geodesy and Heat Transport,’ is a stationary Mars lander with heritage from the 2008 Mars Phoenix lander, built by Lockheed Martin Space Systems and outfitted with a seismometer and heat transfer probe for an investigation of the geological evolution of Mars to expand the current understanding of the formation and evolution of the Solar System’s terrestrial planets.

Plans for InSight’s 2018 launch were approved by NASA’s Science Mission Directorate this week after the project submitted budgetary plans for the re-aligned mission scenario.

InSight’s planned budget was $675 million in a cost-capped project design. By the time the 2016 launch campaign had to be abandoned, $525 million had already been spent.

The re-design of the SEIS instrument and the two-year delay are projected to add $153.8 million in cost.

The additional cost of the InSight project will not impact any missions that are currently in operation, but NASA said there may be fewer interplanetary mission opportunities from fiscal years 2017-2020 as a result of the cost overrun.

One area that may be affected is NASA’s Discovery Program that is currently in the process of studying five-proposals for low-cost planetary science missions. Per the original plan, two of the five proposals were hoped to be chosen for development later this year, but the new financial situation may mean that NASA can only afford to select a single proposal.

NASA’s Jet Propulsion Laboratory will be in charge of the re-design of the SEIS instrument’s vacuum chamber that became the focus of attention in August 2015 when leak checks showed that the expected high-quality vacuum around the sensors was leaking. A pristine vacuum environment is required for the key instrument of this mission to reach its measurement accuracy, looking at minute ground movements on Mars.

Engineers made multiple attempts to patch the leaky weld on the vacuum sphere, but a thermal test simulating the typical environment on Mars caused a recurrence of the leak. By that point, the mission had no more schedule margin and the project was forced to abandon its launch plans for this year.