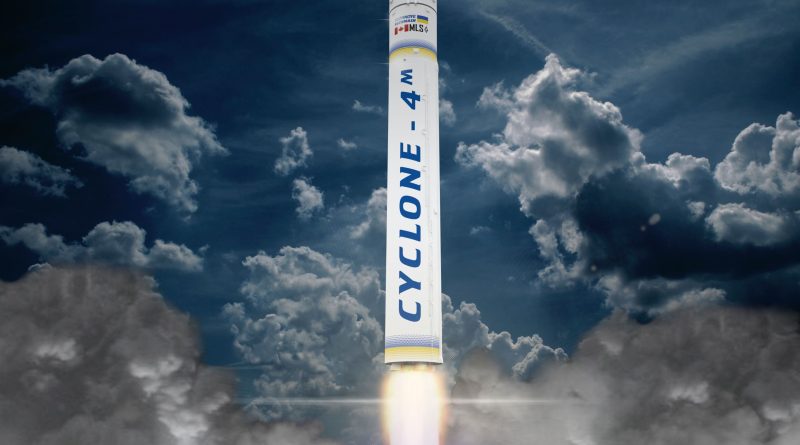 Canadian-based Maritime Launch Services announced on Tuesday it has committed to establishing a launch site in Nova Scotia for Ukraine’s Cyclone-4M (Tsiklon-4M) rocket hoped to become a contender on the international launch market, primarily targeted for medium-class payloads headed to Low Earth Orbit.

Cyclone-4 was left without a launch site after plans of launching the rocket from Alcantara, Brazil fell through in 2015 and the rocket’s designer Yuzhnoye, based in the Ukraine, was cleared by its government to begin looking into potential launch sites in North America. Maritime Launch Services (MLS), registered in Nova Scotia, has roots in the U.S. and Ukraine with initial funding provided in 2016 by United Paradyne, a firm specializing in rocket propellants with facilities in California and Cape Canaveral.


MLS studied 14 potential launch locations across North America over the past year with considerations ranging from launch trajectories and environmental impacts to present infrastructure. By early 2017, the company had zeroed in on a site in the Canso-Hazel Hill area of Nova Scotia’s Guysborough Municipality that offers a wide stretch of ocean to the south and east for launches into Low Earth Orbit and high-inclination Sun Synchronous Orbits favored by Earth-imaging satellites as well as communications satellite constellations aiming for global coverage.

The chosen location fulfills all requirements for establishing a commercial launch site, notably “very low population density, proximity to multimodal transportation, and interest from the community, province and government,” MLS noted in a statement. MLS entered a dialog with the local community earlier this year with open house meetings to discuss the potential impacts and benefits of moving a commercial launch site into the area.

“While we have a number of challenges ahead to work through the regulatory processes, approvals and site planning, we are optimistic that we can break ground on the launch complex within a year and meet market demands with our first launch in 2020,” said MLS CEO John Isella. MLS is seeking a 20-year lease from the Canadian government for the Canso-Hazel Hill property.

Specific challenges to be overcome in the next year include environmental and safety assessments, land use reviews, continued community outreach and site design.

The company expects the launch complex would cost around $100 million and will comprise a processing & control facility located around two Kilometers from the rocket’s launch pad. MLS hopes to step up the company’s launch rate to eight per year by 2022.

Cyclone 4M is being advertised as an all-Ukrainian launch vehicle with extensive flight heritage and highly competitive prices, employing heritage components flown for hundreds of missions over the past several decades. MLS targets a launch price of $45 million per mission and hopes to enter the launch market at the most opportune time to meet the demands of the satellite constellation market as multiple ventures are actively pursuing plans to set up large constellations of hundreds of satellites in the Low Earth Orbit regime to establish global communications networks.

Cyclone 4M represents a modified version of the original Cyclone 4 vehicle, moving from a launcher purely fueled by toxic hypergolic propellants to a more environmentally-friendly version with a large first stage using Kerosene and Liquid Oxygen, constraining the use of self-igniting hypergolics to the launcher’s second stage. According to MLS, Cyclone 4M will be able to lift 3,350 Kilograms into a Sun Synchronous Orbit and around five metric tons into Low Earth Orbit.

Rocket designer Yuzhnoye and manufacturing company Yuzhmash have a long-standing partnership over the last six decades that produced a number of successful launch vehicles such as Dnepr, Zenit, Cyclone-2 & 3 and more recently Antares. Cyclone 4M represents a combination of heritage components from the Zenit and Cyclone programs to create a robust vehicle design.

The Cyclone 4M first stage is derived from the Zenit, fueled by rocket-grade Kerosene and Liquid Oxygen and powered by four “Ukrainian-built RP-1/LOX engines.” Zenit heritage is also employed by Orbital ATK’s Antares rocket, characterized by a stage diameter of 3.9 meters and variable tank length tailored to the engines powering the vehicle.

Although MLS did not explicitly identify the engine, there is only a limited number of candidates – first and foremost the RD-120 or a derivative thereof, based on a 1970/80s design by NPO Energomash, modified in the early 2000s in a cooperative effort between Energomash and Yuzhnoye. A pair of firing tests of a modified RD-120 engine demonstrated it was possible to adept the design for use on a first stage with a nominal thrust of 785kN per engine (80 metric ton-force). Other engine projects of Yuzhnoye include designs for the proposed Mayak launch vehicle family that are still far from reaching a launch pad.

The Cyclone 4M will use the upper stage and payload fairing developed for the original all-hypergolic Cyclone 4 rocket. Per the Cyclone 4 design proposal, the upper stage largely relies on heritage components from the Tsiklon-2 and 3 but widens the tank diameter to hold more propellants, burned by a eight-metric-ton-force RD-861K engine that provides re-start capability and can support a burn time of eight minutes. The heritage payload fairing measures four meters in diameter, offering sufficient volume for most Earth observation payloads and constellation missions.

MLS hopes to fill an underserved market segment with the Cyclone 4M, specifically catered to companies operating large satellite constellations that require a number of annual launches or SmallSat operators that have to replenish their low-orbiting constellation segments every year or two. The company compares their vehicle to India’s Polar Satellite Launch Vehicle in terms of performance and price, though U.S. companies wishing to launch on PSLV need to acquire regulatory waivers which will not be required for MLS.

Cyclone 4M will face competition from a variety of rockets including a range of small satellite launchers such as Rocket Lab’s Electron and VirginOrbit’s LauncherOne that can only lift a fraction of Cyclone’s payload but offer more schedule flexibility to SmallSat operators that would have to book a shared ride on the larger Cyclone which comes with less authority over schedules for the individual operators.