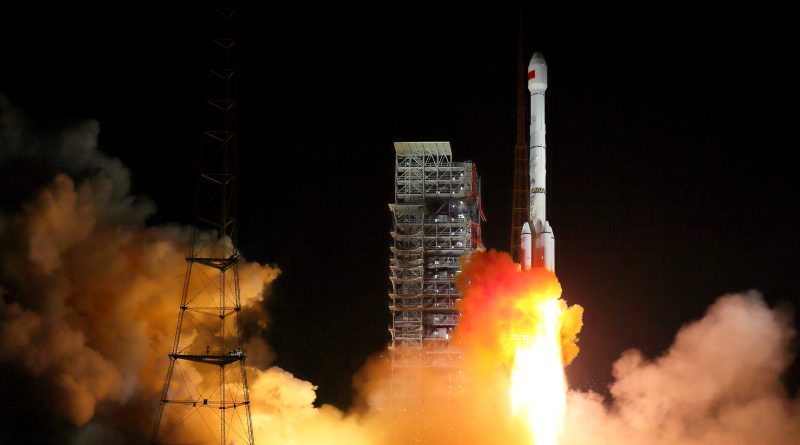 
China’s home-grown navigation system started out in the first half of the 1980s when the first proposals for a navigation satellite constellation were made but the program would not see a satellite launched until 2000. Reaching the launch pad after a lengthy development effort, the project was broken down in three major phases, starting out as a regional system covering the Chinese mainland before expanding coverage to the Asia-Pacific Region and eventually pushing for global round-the-clock coverage.


The 56.3-meter tall Long March 3B lifted off at precisely 17:56:04.130 UTC and climbed vertically for a few seconds before aligning itself with a south-easterly trajectory, taking it over the Yunnan, Guizhou and Guangxi provinces, the Gulf of Tonkin, Hainan Island and out over the Pacific Ocean. With its four liquid-fueled boosters and large core stage firing at full throttle, the Long March 3B had a total launch thrust of 604 metric-ton-force as it departed Xichang, en-route to an initial Parking Orbit.