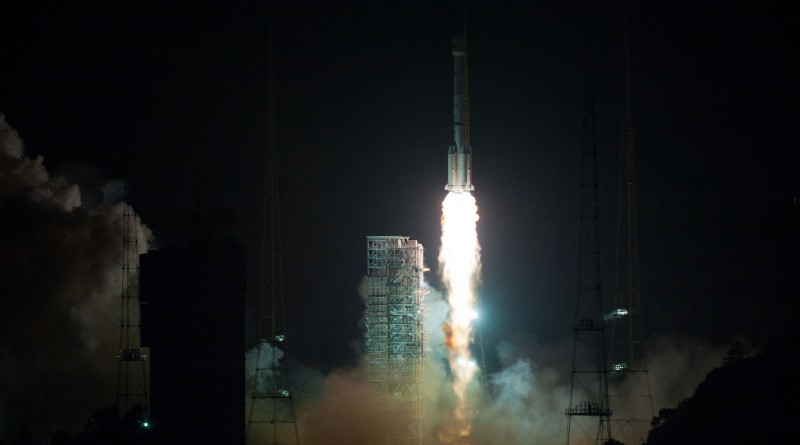 A Chinese Long March 3B rocket blasted off from the Xichang Satellite Launch Center at 16:25 UTC on Tuesday, carrying a secretive communications satellite to Geostationary Transfer Orbit. Confirmation of mission success was provided by sources with contacts in the Chinese space sector, though official confirmation of a successful launch is typically published hours after the fact in official Chinese media.


Shentong was inaugurated in 2003 when ChinaSat-20 entered orbit, followed by another first generation launch in 2010. ChinaSat-2A, the first in the Shentong-2 series, was lifted to orbit in May 2012. Because the ChinaSat designation includes both commercial and military communications satellites, the differentiation between the two becomes somewhat more complex, though the lack of information available on the 2C satellite clearly suggests military operation.

The Chinasat-2A satellite is based on the DFH-4 satellite platform built by the China Academy of Spaceflight Technology which is likely utilized for the 2C satellite launched on Tuesday.

Lifting off from Xichang after midnight local time, the 56.3-meter rocket weighing 456 metric tons completed a short vertical ascent before aligning itself with a south-easterly trajectory, taking it over the Yunnan, Guizhou and Guangxi provinces, the Gulf of Tonkin, Hainan Island and out over the Pacific Ocean.