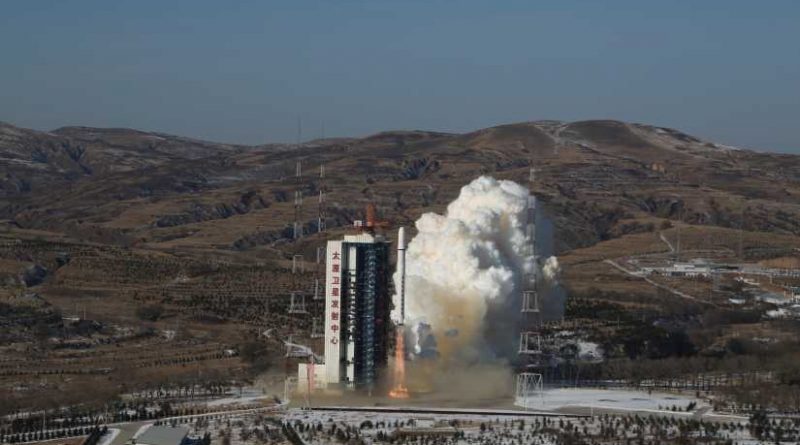 Although initial reports claimed the launch was a success, orbital data showed that the two main payloads did not reach the intended orbit and a number of flight sequence events did not match up with the pre-launch predictions.

Following up on last-week’s successful Long March 2D launch out of Jiuquan with the TanSat spacecraft, Wednesday’s mission was dedicated to lifting the Gaojing-1 and 2 satellites – the first two in a high-resolution imaging constellation operated by Space View, based in Beijing. It marked the first Long March 2D launch from Taiyuan after the vehicle flew exclusively from Jiuquan for the past 24 years.


The 41-meter tall Long March 2D blasted off from China’s Shanxi Province at 3:23:56 UTC and was set for a typical ascent profile taking just under 13 minutes from liftoff to the separation of the first payload into a Sun Synchronous Orbit 500 Kilometers in altitude.

However, orbital data for the mission showed that the Gaojing Satellites, the BY70-1 CubeSat and the spent CZ-2D second stage all ended up in an elliptical orbit of 213 by 524 Kilometers, inclined 97.6 degrees – indicating a not insignificant performance shortfall occurred on the way into orbit.

TV news reports of the launch showed telemetry displays at the Launch Control Center in which deviations from the planned flight sequence become apparent. The CZ-2D first stage was to separate 156.7 seconds into the mission, but the actual separation occurred at 163.7 seconds with payload fairing separation also seven seconds later than planned, at 220 seconds. The second stage was to shut down its main engine 322.1 seconds into the mission, but actual MECO was marked at 332.5 seconds.

This suggests that the second stage had to fire its main engine longer than planned to reach the desired injection speed due to a performance hit at some point in the early flight sequence.

To reach a circular orbit with a single propulsive mission phase, Long March 2D employs a lengthy burn of the second stage’s vernier engine after main engine cutoff. It is likely that the planned 7-minute and 10-second vernier burn after MECO was cut short due to the additional propellants consumed by the main engine during the ten-second burn extension.

What effect the off-target orbital insertion has on the Gaojing satellites remains to be seen, though it seems unlikely that the two relatively light-weight satellites have enough maneuvering propellant to rectify their orbits and support the planned eight-year mission.

Hitching a ride with the two primary passengers was the BY70-1 CubeSat, part of an educational project led by the China Center for Aerospace Science and Technology. BY70-1 hosts an amateur ratio payload to deliver telecommand, telemetry and repeater functions and engage the global HAM radio community. Due to the off-target orbital insertion, BY70-1 can only look forward to a short-duration mission as its orbit will decay relatively quickly given the satellite’s low mass and the perigee altitude barely over 200 Kilometers.

Long March 2D is a two-stage rocket operated for a variety of Low Earth and Sun Synchronous Orbit mission in support of various Chinese satellite programs in the military and civilian sectors. Developed by the Shanghai Academy of Spaceflight Technology, Long March 2D premiered back in 1992 and had a perfect record of 31 missions prior to the GaoJing launch.

For the first 160 seconds of Flight, the vehicle is powered by its first stage that is equipped with a YF-21C Engine that provides a thrust of 2,962 Kilonewtons. The stage is 27.91 meters long, 3.35 meters in diameter and filled with 183,200 Kilograms of Unsymmetrical Dimethylhydrazine and Nitrogen Tetroxide Propellants for a total weight of the first stage at launch of 192,700kg.

After first stage burnout and jettison, the second stage starts controlling the flight. The upper Stage is 10.9 meters in length and has the standard CZ-2D diameter, holding around 50 metric tons of UDMH and NTO propellants at launch. The second stage is powered by a YF-24C main engine providing 742 Kilonewtons of thrust and a 47.1-Kilonewton Vernier Thruster. Long March 2D can be outfitted with two different payload fairings to accommodate payloads of different sizes with fairing diameters of 2.9 and 3.35 meters.