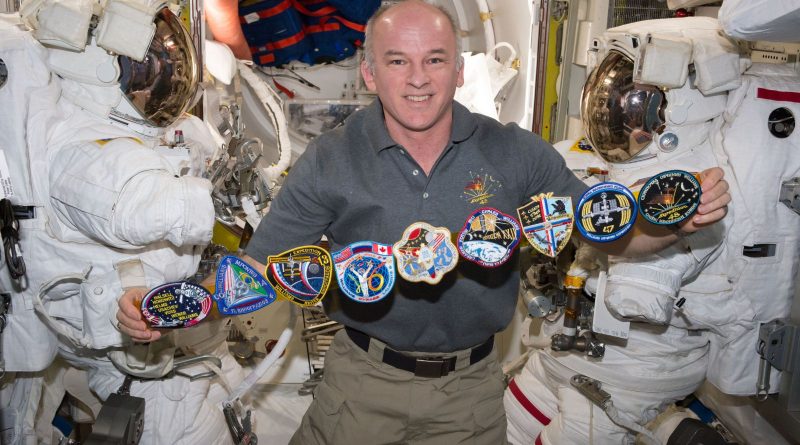 Jeff Williams, looking back at a two-decade career in NASA’s Astronaut Corps, celebrated his 521st day in orbit on Wednesday and received congratulations from former record holder Scott Kelly.

Williams, a former test pilot in the U.S. Air Force, joined NASA in 1996 and flew to space for the first time in 2000 aboard Space Shuttle Atlantis in an early ISS Assembly mission – giving Williams a look at ISS in its infancy, only consisting of the Zarya and Node 1 Modules joined by Pressurized Mating Adapter 1. He then completed two long-duration missions to ISS as part of Expedition 13 in 2006 and Expeditions 21/22 in 2009.

After over six years of absence, Williams returned to a fully assembled Space Station in March 2016. At the start of his assignment as part of Expedition 47/48, Williams had already logged 362 days in orbit and knew that he would pass Kelly’s record late in the mission, provided the flight reached its expected duration.


Despite being the new record holder in the U.S., Williams’ total flight time falls well short of the career records of Soviet and Russian Cosmonauts. At present, he ranks 17th on the all-time list.

Russian Cosmonaut Gennady Padalka tops that list with 878 Days spent in orbit aboard the Mir and ISS Space Stations.

Scott Kelly who spent almost an entire year aboard ISS in 2015/16 was at Mission Control on Wednesday to congratulate Williams on breaking his record: “I wanted to congratulate you on passing me up here in total number of days in space,” he radioed to the orbiting complex. “But I do have one question for you. And my question is, do you have another 190 days in you?”

Kelly was referencing his record for the longest stay in space by a U.S. Astronaut which he will keep for the foreseeable future as no year-long flights are currently on the ISS schedule.

Williams is one of only a few who saw the entire assembly of the Space Station – participating in the early outfitting of the first modules for continuous habitation and then living aboard the orbital construction site for nearly a year, managing ISS construction tasks while also supporting scientific operations.

His current mission is purely dedicated to science with the occasional interruption for ISS maintenance and outfitting like the installation of the new BEAM module and last week’s spacewalk during which Williams and Flight Engineer Kate Rubins put in place the first International Docking Adapter to pave the way for the Station’s last major phase of operations.

Williams, together with Cosmonauts Alexey Ovchinin and Oleg Skripochka launched aboard the Soyuz TMA-20M spacecraft on March 18 and are expected to make an overnight return on September 6/7 after a planned mission of 172 days. At landing, Williams will have logged 534 days in Low Earth Orbit, reaching the 14th place on the all-time list.

Prior to his departure, Williams and his crew will oversee the departure of the Dragon SpX-9 spacecraft on Friday followed by his fifth career spacewalk on September 1 when he and Rubins will again venture outside to complete outfitting tasks on the Station’s truss.

As Scott Kelly put it after his record-setting year-long mission, records are made to be broken and this will also be true for Jeff Williams’ new best mark that will only stand for less than a year. Peggy Whitson will surpass him during her next mission which is set for liftoff in November.