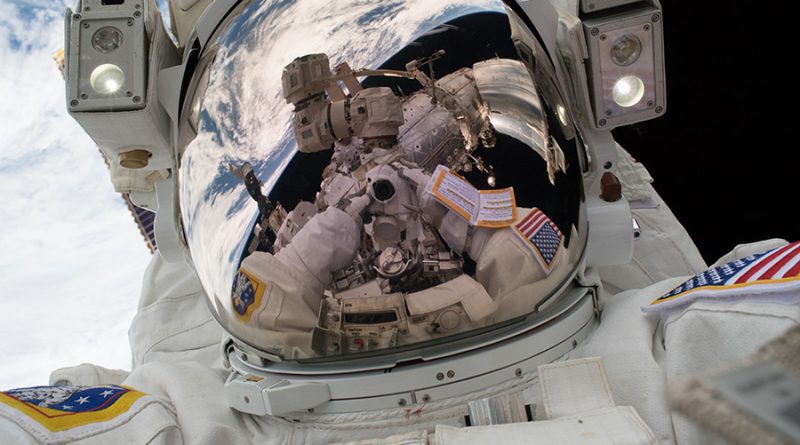 Update (Jan 28, 2018): NASA and the Canadian Space Agency have exercised the option of postponing U.S. EVA-48 that was originally planned for Monday. Work over the weekend has provided additional data on a connectivity problem with the spare Latching End Effector installed on the Station’s robotic arm on January 23 and teams elected to continue troubleshooting the problem from the ground based on the new data to remotely recover the redundant command path to the newly installed LEE-B. A new date for U.S. EVA-48 will be forthcoming as work progresses.

Two spacewalkers aboard the International Space Station will be forced to backtrack on Monday, reversing work completed on a January 23 excursion after controllers on the ground were unable to establish a redundant command path to the newly-installed grappling hand on the Station’s Canadarm2 robotic arm.

Final remote troubleshooting steps from the ground are still in work over the weekend to attempt to resolve the situation, but EVA teams have begun re-planning the spacewalk to swap the arm back to its original configuration to re-gain lost redundancy.

Third-time spacewalker Mark Vande Hei and EVA rookie Scott Tingle spent seven hours and 24 minutes working outside on Tuesday, successfully removing the degraded Latching End Effector B from the robotic arm and installing an unused spare in its place with the aim of having Canadarm2 back at full operational capacity with two new hands – building on work from last October that accomplished the successful replacement of Latching End Effector A.


Tuesday’s spacewalk appeared to go well – despite the usual problems with stubborn bolts and tight clearances; Vande Hei and Tingle had essentially finished their prime objective of installing the spare Latching End Effector (LEE). Trouble struck when robotic controllers at Mission Control attempted to power-up the robotic arm to complete a quick diagnostic checkout on the new LEE, running into a “State Command Error” – a connectivity problem with the newly installed Latching End Effector.

Troubleshooting steps started right away and teams instructed the two spacewalkers to de-mate and re-engage the LEE Mate/Demate Mechanism, essentially opening up electrical and data interfaces that build the connection between the arm’s wrist joint and the end effector followed by re-mating the mechanism. This appeared to do the trick and the spacewalkers were informed that the new LEE-B was showing good communications. This later turned out to be only partially true since the link was established on the secondary command path while the primary path still had the connectivity problem.


Nevertheless, given the advanced stage of the EVA that had drifted well behind the timeline, the crew was told to finish up the installation via tightening the final set of bolts and cleaning up the worksite while specialists on the ground began diagnosing the problem through the established secondary path.

Troubleshooting steps completed on January 24 included a complete power-cycle of the Robotics Workstation and cycle tests of LEE-B’s moving parts on the secondary string – confirming the LEE was in good working order aside from the primary string communications problem. More invasive steps were completed on Thursday, reverting to a previous iteration of the Space Station’s Mobile Servicing System flight software to rule out a compatibility issue.

Given the loss of redundant commanding on the arm, teams went into motion to re-plan Monday’s EVA that was originally expected to take the removed LEE #201 (the former LEE-B) and use it to replace LEE #202 (former LEE-A) on the POA (Payload/Orbital Replacement Unit Accommodations) in order to return the POA back to operation via the degraded LEE #201 and move LEE #202 inside ISS for return to the ground.

It is a priority to keep Canadarm2 in operational condition and therefore a loss of redundant command paths was classed as a more severe risk than putting the degraded LEE back in operation.

In parallel to the EVA re-planning effort, robotics teams were still working on software patches to provide additional diagnostics data to gain insight into the exact nature of the communications problem. NASA confirmed that these steps would be ongoing over the weekend and Monday’s EVA would be postponed if data is obtained that could be used to solve the issue.

Should remote troubleshooting not provide any solutions, Mark Vande Hei, reprising his role as lead spacewalker, and Japanese crew member Norishige Kanai will reverse the steps completed last Tuesday – removing LEE #204 from the LEE-B position and installing it on the Flight Support Equipment on External Stowage Platform 2, then retrieving LEE #201 and installing it back onto its old position as LEE-B. This will give the arm two functional LEEs with redundant command paths; though LEE-B has degraded snares and will eventually need replacement.


What happens to the removed LEE #204 remains unclear at this point. It will likely be moved to the inside of ISS (either during EVA-48 or later) for possible hands-on troubleshooting steps by the crew in orbit or it could be returned as pressurized cargo on an upcoming Dragon flight to undergo inspections and refurbishment on the ground.

The POA – a temporary holding platform for external payloads on the Mobile Base System – consequently remains out of service since it hosts the former LEE-A (#202) that suffered a problem with its latches in August and, while able to grapple things with its snares, can not support any powered payloads due to the unavailability of the latches.

In essence, ISS is short on LEE spares if the #204 LEE can not be recovered, meaning any LEE failure going forward would be critical. (Theoretically, should either of the arm LEEs fail, the single-command-string-LEE could still be a viable spare or the POA LEE #202 could be used to give the arm a basic grappling capability sufficient for capturing a Dragon.)

A LEE ground spare has been readied for launch by the Canadian Space Agency and its prime contractor MDA, currently planned to launch as external cargo on the Dragon SpX-15 mission in the June time frame. It would then be robotically removed from Dragon’s Trunk Section and placed on ISS (likely ESP-2) for access by spacewalkers.

The next planned use of the POA will be on the HTV-7 mission when the craft’s Exposed Pallet will be stowed there for access by the Station’s robots for the replacement of the next set of external batteries. HTV-7 is targeting a tentative launch date in mid-August.

If the current scenario for EVA-48 remains in place, Vande Hei and Kanai are facing around five hours of work to get the LEE replacement done. Their procedure will start with the setup of a pair of foot restraints on External Stowage Platform 2 to allow them to work on LEE-B with both hands. Astronauts Joe Acaba and Scott Tingle will be in charge of maneuvering the LEE between the two crew members and rotate the arm wrist as needed for the spacewalkers to first access a pair of Expandable Diameter Fasteners.

The EDFs have been one of the more troublesome elements of these EVAs. They are used in the high-load interfaces of the robotic arm and its grapple fixtures on ISS structure to provide a high rigidity of the interface with zero tolerance. As their name says, these EDFs expand when being driven by pushing out collets in order to form a friction fit. Releasing the bolts is the easier task while driving them to engage requires at least two triggers on each bolt to ensure they are loaded with specific minimal torque values.

Once the first two EDFs are released, Vande Hei and Kanai will guide the arm operators to rotate the wrist to allow them access to the remaining four bolts. The arm will then be powered down before ground teams can give a GO for the spacewalkers to demate the Mate/Demate Mechanism and release the four remaining EDFs to fully detach to the LEE.

The removed LEE #204 will then be transferred to ESP-2 where it will be re-installed on the Flight Support Equipment (FSE) that held it during its launch in 2009. If the LEE is to remain outside ISS for the time being, the spacewalkers would have to engage at least four of the EDFs, rotate the LEE to a horizontal position and re-install launch restraints to hold it in place.

The former LEE-B (#201) is currently installed on a support ring on the ESP-2 FSE via four EDFs that will have to be released by the crew with their Pistol Grip Tools before transferring the LEE to Canadarm2. The reverse process will be performed for its installation: 1) soft dock, 2) four EDFs within access of the crew, 3) Mate/Demate Mechanism, 4) Canadarm2 re-activation & wrist rotation, 5) remaining two EDFs, 6) re-trigger all EDFs to torque and 7) re-install Multilayer Insulation Blankets.

Closing out the EVA, the spacewalkers will either bring the removed LEE to the airlock or finish securing it on ESP-2. Barring any stubborn bolts, EVA-48 should have some time at the end for get-ahead tasks. Available get-aheads include the lubrication of the newly installed LEE, a reconfiguration on the Dextre robot and there is a whole list of optional preparation tasks on various external spares to remove MLI covers and prepare these units for future installation efforts should any active components fail.