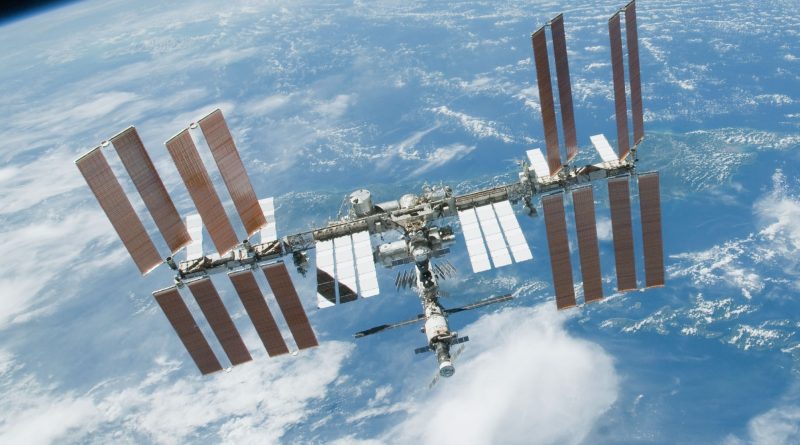 The International Space Station conducted a scheduled orbital reboost on Wednesday amid ongoing robotics work to move a failed power switching unit to the interior of the Station for a first-of-its-kind repair attempt in orbit that could pave the way for future component repairs on long-duration missions into the Solar System.

Wednesday’s reboost maneuver was carried out by the engines of the Progress MS-06 spacecraft currently docked to the aft-end of the Station’s Zvezda module – capable of providing propulsive support to ISS while in its nominal duty attitude with Zvezda pointed to the negative velocity vector. Progress MS-06 ignited a subset of its DPO thrusters at 12:25 UTC and fired for 125.1 seconds, accelerating the Space Station by 0.25 meters per second.

The reboost maneuver was designed to begin to set up phasing for the landing of the Soyuz MS-04 spacecraft with Fyodor Yurchikhin, Jack Fischer and Peggy Whitson on September 2/3 with undocking scheduled around 22 UTC on the 2nd and touchdown at 1:25 UTC on the 3rd.


It also began setting up for the fast-track rendezvous of the Soyuz MS-06 spacecraft targeting liftoff at 21:17 UTC on September 12 and docking six hours after launch to bring Aleksandr Misurkin, Mark Vande Hei and Joe Acaba to their orbital workplace. Another reboost by Progress MS-06 is planned on August 25 to complete the phasing setup.

Also underway this week are a series of robotic operations to retrieve a failed Main Bus Switching Unit (MBSU) from an external stowage location and move it into ISS via the Japanese Experiment Module’s Airlock to attempt a first-time repair attempt on a large Orbital Replacement Unit (ORU).

Prerequisites for the operation were completed last week after the robotic arm was used to conduct an external survey of the Soyuz MS-04 spacecraft to verify it did not sustain any damage over the course of its stay in orbit. Canadarm2 completed a triple walk-off and the Mobile Transporter moved to Work Site 3 on Friday to be ready for robotics to resume on Monday.


Monday’s activities involved unstowing the Dextre robot and retrieving the MBSU Flight Releasable Attachment Mechanism (FRAM) from External Stowage Platform 2 (ESP-2) followed by stowing the FRAM on Dextre’s Enhanced ORU Temporary Platform (EOTP). In the overnight hours to Tuesday, Dextre unstowed the MBSU from ESP-2 Site 4 and transferred it to EOTP-2 for the transfer over to the Kibo Airlock.

Tuesday night and into Wednesday, the Mobile Transporter was moved to Work Site 7 and Dextre again unstowed the MBSU and handed it off to the Japanese Remote Manipulator System which then installed the MBSU on the Kibo Airlock Slide Table to transfer into the airlock.

The Main Bus Switching Unit is one of two failed units that were stowed externally on ISS, one was removed in a two-EVA effort back in 2012 and one was replaced robotically in May 2017, marking the first large ORU to be replaced by the Station’s robots without EVA assistance. Both of these MBSUs failed in a similar fashion with a sudden loss of communications, though both continued to pass power after the initial fault. The loss of commandability and insight required replacements of the units with in-orbit spares, but both are considered viable spares if their communications subsystems can be restored.

ISS has four active Main Bus Switching Units – each accepts primary power from two of the station’s power channels which it then distributes downstream to direct-current converters that create the secondary power flow to the various users.

The MBSUs are rather sizeable Orbital Replacement Units, measuring 71 x 101.6 x 30.5 centimeters in dimensions and weighing 99.8 Kilograms. Internally, the unit comprises Remote Bus Isolators as part of a pair of Bus Bar Assemblies, each with a Current Sensor Assembly and a central control network.

A Switchgear Controller Assembly is responsible for commanding the MBSU, monitoring its health and transmitting status telemetry – SCA is the primary suspect in both in-orbit MBSU failures since both continued to show stable power switching after the problem emerged.

Being transferred to the inside of ISS, the MBSU will undergo a series of diagnostic tests before repairs will be attempted by the crew – likely through replacing internal modules after the fault is isolated to one of the MBSU’s elements. The ISS crew in the past has completed repairs on smaller ORUs like Multiplexer/Demultiplexer computer boxes which can be easily re-fitted with internal cards, but complex repairs like the MBSU were previously only completed on the ground after the defective units were returned on the Space Shuttle. However, with the Shuttle no longer flying and the need to learn about onboard repairs for future long-distance missions, it was decided to broaden the Station’s onboard repertoire for repairing external components.


If successful, the MBSU repair will confirm ISS has the capability of dealing with onboard failures even if no complete spare is available and, potentially more importantly, provide confidence for future Beyond Earth Orbit missions that will not have the option of carrying lots of complete spares or waiting for a new component to be sent up from Earth.

In terms of upcoming operations, the Station is awaiting the launch of the Dragon SpX-12 mission that slipped from a Sunday to a Monday target with arrival at ISS drifting to August 16. On the 17th, Russian Cosmonauts Fyodor Yurchikhin and Sergey Ryazansky will venture outside on a planned six-hour and five-minute spacewalk to complete tasks on the exterior of the Russian segment and release a group of five small satellites.

Should Dragon slip further for any reason, re-planning will be required to either push the Russian EVA or delay Dragon’s launch since at least two days of tracking data is needed after the deployment of CubeSats to ensure the rendezvous path of Dragon will not cross paths with one of the satellites.