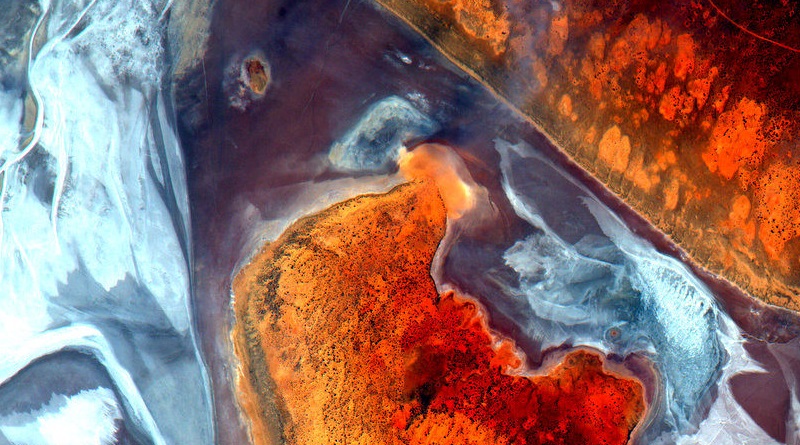 Habitability, documentation of observations relevant to human factors and habitability. [Assessment of International Space Station Vehicle Habitability will see teams on the ground study video of the behavior of crew members within the habitable environment of ISS while the crew fills out questionnaires and collects video of areas of interest in order to provide an assessment of the habitability of ISS in its current state for a one-year mission. Results will be used to develop spacecraft with improved habitability properties to allow crew members to optimally utilize the onboard space.]

Ocular Health – Vision Checks & Tonometry measurements [OH is a human physiology study. Its full name is Prospective Observational Study of Ocular Health in ISS Crews. “The Prospective Observational Study of Ocular Health in ISS Crews (Ocular Health) protocol aims to systematically gather physiological data to characterize the Risk of Microgravity-Induced Visual Impairment/Intracranial Pressure on crewmembers assigned to a 6 month ISS increment,” the NASA experiment overview said. It is known that some (not all) astronauts in orbit experience changes in visual acuity (visual clarity) and intraocular pressure as a result of fluid shifts within the body as it is subjected to microgravity. About 20% is astronauts flying to ISS have reported these kinds of changes. Test subjects will undergo pre-flight, flight and post-flight testing of their eyes using a variety of techniques.]

SOLAR – ESA’s Solar investigation is completing an observation run from October 9 to 16, measuring the solar spectral irradiance and variability.

Plant Gravity Sensing – Treatment of Plants with chemical reagent that induces a bioluminescence response dependent on the concentration of calcium ions in the plants. [The experiment looks at gravity sensing in thale cress, a generic model used in many plant studies. As part of the experiment, the plant is cultivated in microgravity and artificial gravity using a centrifuge to determine changes on a cellular level that point to the mechanism of gravisensing with particular focus on calcium channel activation through the MCA-1 protein. An increase of calcium within the cytoplasm of plants is known to occur in response to stimuli such as phytohormones, temperature and touch the mechanism of which has been studied extensively on Earth. Whether a calcium increase also occurs as a result of gravistimulation remains to be seen as gravity is difficult to control for ground-based tests. The mechanisms of underlying biochemical reaction paths that lead to gravitropism are fully unknown. Recent studies point to a protein, MCA-1, and an actin cytoskeleton that are involved in the transport of calcium to create a directional response in the presence of gravity. The current hypothesis is that amyloplasts (starch containing particles) sediment in the direction of the gravity vector as a result of their high mass. This sedimentation causes tension stress in actin fibers thus activating the mechanosensitive calcium channels. Whether this system of channels and actin fibers also forms in microgravity is unknown.]

Node 1 Nadir Berthing Port Prep: Reconfiguration of connectors and installation of wire harness to the Node 1 Forward Overhead and Lab Aft Overhead Bulkheads for the transfer of power to Node 1 Nadir Port and the new Galley Rack.