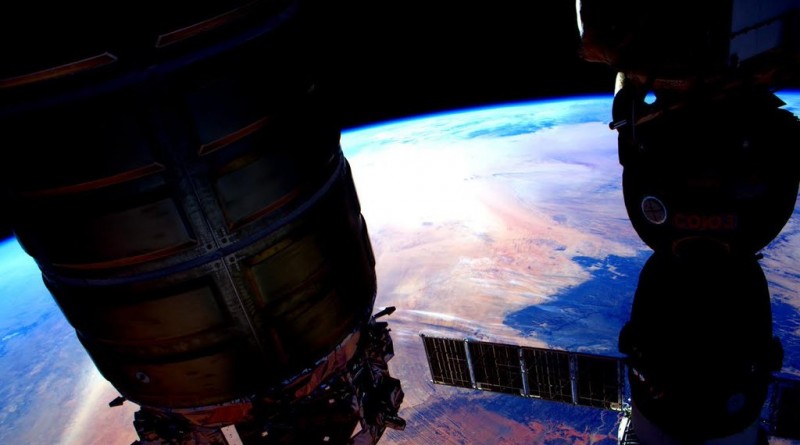 Burning and Suppression of Solids – Milliken (BASS-M) [BASS-M stands for Burning and Suppression of Solids – Milliken and is part of a series of BASS experiments that investigate how solid materials burn without the presence of gravity which is of use in physics but also in spacecraft engineering and fire protection. The BASS-M experiment looks at flame-retardant cotton fabrics to determine how well they resist burning in microgravity. This can be used in the development of flame-retardant textiles for use on Earth and in space.]

Microbe IV Sample Collection in Kibo [Microbiological Monitoring in the ISS-Kibo obtains microbial surface samples from the Japanese Experiment Module to assess the risk of microbial populations to crew members aboard ISS. Samples will reveal the number and type of microbes found on ISS to help in air purity monitoring and the prediction of future microbial populations on ISS.]

Circadian Rhythms Experiment – Thermolab Study [The BLR48 and Circadian Rhythms Study will examine the role of synchronized circadian rhythms and possible maintenance during long-duration spaceflight and addresses the impacts to crew members’ health and wellbeing. Understanding how the dark/light cycle and sleep shifting affects circadian rhythms and with that the performance of the crew members will enable scientists to develop new sleep shifting techniques for crew members in space and shift workers on Earth.]

Marrow [This investigation of the Canadian Space Agency studies the effects of microgravity in human bone marrow to compare results with long-duration bed rest on Earth which is known to have a negative effect on the bone marrow and the blood cells produced by it.]

Integrated Resistance and Aerobic Training Study (Sprint) – Leg Ultrasounds [This study evaluates a high-intensity, low-volume exercise protocol to minimize the loss of muscle, bone and cardiovascular function but also minimizing the time spent with daily exercise. To asses the protocol, crew members conduct regular measurements of VO2max, heart rate (HR) response to submaximal exercise and ventilatory threshold. Monthly ultrasounds of the thigh and calf are used to evaluate spaceflight-induced changes in the muscle volume. Post-flight data on muscle and bone mass is compared to pre-flight measurements and to data from control subjects that use the regular exercise protocol.]

Combustion Integrated Rack: Mission Controllers discovered a pressure drop from a 3.8-liter Helium bottle installed in the CIR. Investigation showed that leak rate does not pose any risk to crew safety or CIR operations even if the bottle is fully depleted. Investigation into the source of the leak is underway.

Water Processing Assembly: ISS USOS was transitoned to manual water operations after WPA cycles were suspended until its catalytic reactor can be replaced on February 23. WPA has been suspecting of leaking since November and signs emerged on Monday that the leak may have increased. The crew reported an offgassing smell emerging from the WPA.

Airlock Cleanup: Scott Kelly cleaned up the Quest Airlock by stowing tools needed for the Fan Pump Separator Replacement on EMU #3003 completed over the last two days. To return the airlock to a nominal configuration, EMUs #3003 and #3010 were installed in the EMU Don/Doff Assemblies.