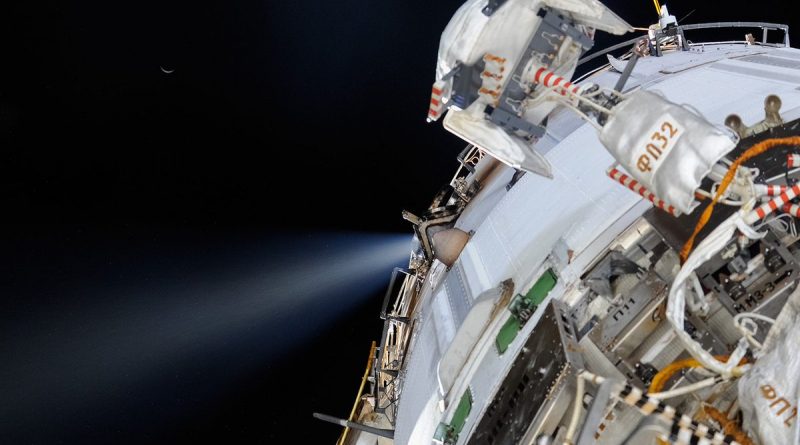 
The fast rendezvous profile of Russia’s Soyuz craft, delivering a crew to their orbital destination after just for laps around Earth, requires a precise orbital setup between the launching Soyuz craft and the Space Station, specifically a phase angle of around thirty degrees between the initial orbit of Soyuz and that of the Station.


Soyuz MS-04 with veteran commander Fyodor Yurchikhin and first-time space flier Jack Fisher is targeting liftoff atop a Soyuz FG rocket at 7:13 UTC on the 20th to enter a fast rendezvous of six hours or four orbits – the first expedited rendezvous carried out by the upgraded Soyuz MS spacecraft. They are expected to dock to the Poisk module at 13:22 UTC, marking the start of a planned stay of only 136 days due to a lengthy slip to the MS-04 mission caused by the switch in Soyuz spacecraft necessary when the vehicle originally planned to fly the mission (#734) showed a leak in its thermal control system.