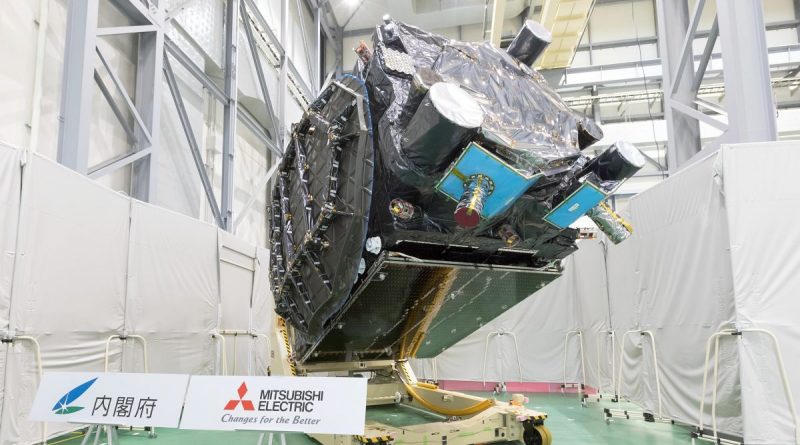 The third satellite of Japan’s Quasi-Zenith Satellite System is presented to members of the media before being shipped off to the Tanegashima Space Center for an August 2017 liftoff atop an H-IIA rocket. QZS-3 (Michibiki 3) takes a special role within the constellation as the sole Geostationary spacecraft, joined by three satellites in highly specialized inclined orbits with high-elevation angles over Japan.