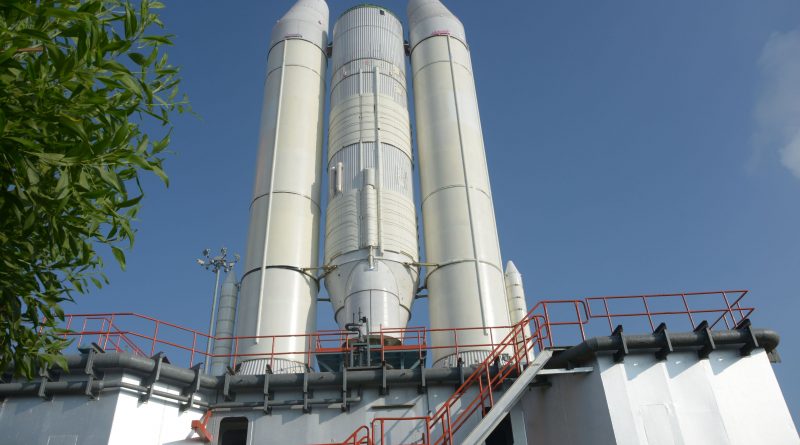 India’s GSLV Mk.III rocket undergoes assembly at the Satish Dhawan Space Center in preparation for its first orbital demonstration mission to become the country’s most powerful launch vehicle. The Mk.III rocket consists of a pair of Solid Rocket Boosters that lift the rocket off the ground until ignition of the L110 hypergolic core stage for a short overlap until the boosters drop away. Orbital injection is provided by a C25 Cryogenic Upper Stage powered by India’s most powerful LOX/LH2 engine developed to date.