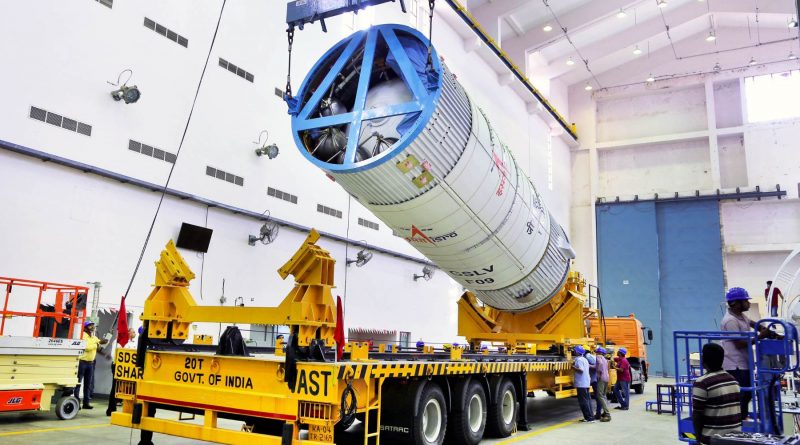 A Geosynchronous Satellite Launch Vehicle is assembled at the Satish Dhawan Space Center for the launch of the GSAT-9 communications satellites in the Spring 2017. Integration of the Mk.II variant of GSLV includes the stacking of the solid-fueled core stage, the attachment of four liquid-fueled boosters and the installation of the hypergolic second stage and Cryogenic Upper Stage. This will be the eleventh GSLV mission and the fourth since the rocket’s comeback after a major overhaul.