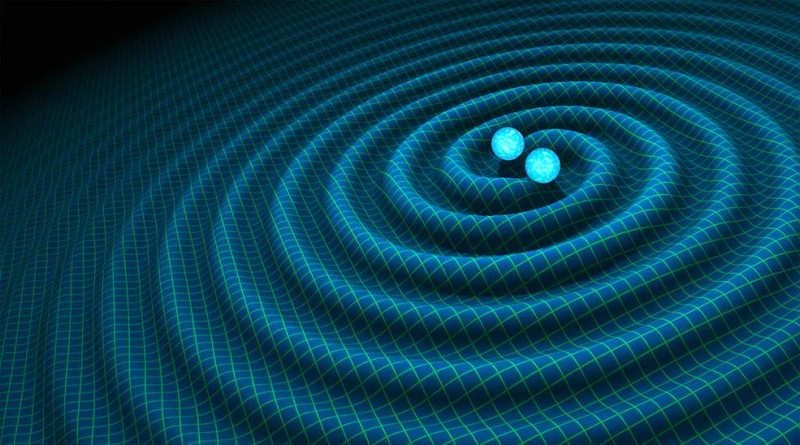 The announcement of a direct detection of gravitational waves on Thursday was met with great excitement among the scientific community including space agencies planning the deployment of a space-based measurement system to quantify gravitational waves – a new way of tracking processes ongoing in the vast stretches of the universe.

The observation made by the Laser Interferometer Gravitational-Wave Observatory (LIGO) matched the prediction made by Einstein’s Theory of General Relativity for the merger of a pair of black holes.

The existence of gravitational waves, tiny ripples in space-time caused by the interaction of massive celestial objects, was first predicted by Einstein in 1916 and an indirect measurement was made in 1974. Direct measurements of gravitational waves are extremely challenging given their propagation at the speed of light and the minute energy transported by them when reaching Earth.

The LIGO project is comprised of two observing stations, one near Hanford, Washington and the other near Livingston, Louisiana with a distance of 3,000 Kilometers between the two stations – permitting the sensors to pick up waves traveling at the speed of light with a separation of under ten milliseconds and also allowing scientists to trace signals to a source through triangulation.


On September 14, 2015 when the LIGO system was in a testing phase of advanced detector systems, an unambiguous signal was detected by the Livingston station followed by the detection of a remarkably similar signal in Hanford. A detailed study of the two signals revealed that it arose from the collision of two black holes 1.3 billion light years away.

The massive black holes, one with about 29 times the mass of the sun and the other with 36 solar masses, spiraled closer to one another orbiting at a distance of only 350 Kilometers until merging into a single black hole with 62 solar masses.

In the process, three solar masses were converted to gravitational wave energy. The resulting gravitational waves radiated outward in all directions, though with greater distance from the event, the effects on space-time become greatly reduced to very hard-to-detect ripples. Eventually the waves swept through the solar system, distorting the local fabric of space-time by a distance smaller than the diameter of an atomic nucleus, stretching the Earth in one direction and compressing it in a perpendicular direction – an effect measured by the LIGO laser interferometer.

The signals detected at LIGO exhibited an increase in frequency and amplitude over eight cycles from 35 to 250 Hz, lasting approximately 0.2 seconds. Calculations show that the peak gravitational wave energy radiated was more than the combined light energy released by all the stars in the observable universe, illustrating the extreme energies involved in the  collision.

The LIGO observation stations each feature an L-shaped vacuum tube system with a length of four Kilometers in which two laser beams are passed back and forth between mirrors to create an optical path length over 1,500 Kilometers. The beams from each vacuum tube are kept out of phase to create destructive interference – when re-combining at the detector they would cancel each other out and no signal would be created.

Because gravitational waves stretch space in one direction and compress it in another, a wave passing through the LIGO detector would create a physical different in the path lengths of the two tubes. As a result, the laser beams would travel slightly different distances while the wave passes and generate an optical signal at the detector. Analysis of the interference pattern created at the two LIGO stations can reveal the processes behind the passing waves.

To avoid sound waves from propagating inside the observation system, the LIGO vacuum tubes are pumped down to one-trillionth of Earth’s atmospheric pressure, creating a vacuum more pristine than the vacuum found in open space. Other vibrations such as seismic and microseismic activity are eliminated by suspending the LIGO mirrors on large pendulums with heavy counter weights and a computer-controlled dampening system for larger events. The use of two observing stations allows local vibrations to be eliminated as gravitational waves should be detected by both stations at roughly the same time with a temporal separation of less than ten milliseconds.

LIGO entered operations back in 2002, but no direct detection of gravitational waves was made until 2010. The system was then shut down for a multi-year upgrading campaign to outfit the observation stations with an advanced detector system. The new detectors entered a testing campaign in February 2015 and it was during this testing phase that the gravitational wave signals were detected.

The detection was reported within three minutes of acquisition and scientists performed statistical analysis of background signals to confirm the event represented a real detection. Scientists quickly realized that the detection showed an unambiguous signature of a black hole merger and further analysis of the waveforms allowed a calculation of the distance to the source in the Southern Celestial Hemisphere, the masses of the black holes and their velocity. The decay of the waveform is consistent with the merged black holes settling down in the final merged configuration, a rotating black hole.

The observation also represents the first demonstration of the existence of binary black hole systems and the first to document a black hole merger.

The definitive measurement of gravitational waves as a real-world phenomenon opens up a new window to the universe. Gravitational waves can arise from a multitude of sources including colliding black holes, spinning neutron stars, interactions of black holes and neutron stars, and supernova explosions. Gravitational wave observatories in Italy, India and Japan are expected to join LIGO in a global collaboration in the coming years to significantly improve the precision and measure gravitational storms created by bodies other than black holes, possibly revealing wave signatures created during the birth of the universe.

Thursday’s announcement came at the same time a demonstration mission for the space-based measurement of gravitational waves readies for the start of an ambitious technology demo.

The LISA Pathfinder, launched last December, recently arrived at the L1 Sun-Earth Lagrange point where it will carry out its mission, demonstrating a laser interferometer capable of making measurements at higher accuracy and lower frequency than LIGO. Lessons learned from the LISA Pathfinder will be implemented for the eLISA mission which will deploy a trio of spacecraft to an orbit around the sun to make three-dimensional measurements of gravitational waves to study their origins and propagation.

The European Space Agency currently looks at a 2034 launch date for eLISA, aiming to employ a constellation of three spacecraft flying in an orbit around the sun in a triangular formation with a distance of one million Kilometers between the craft. Laser interferometry will be used to precisely measure the distance between the spacecraft to detect passing gravitational waves.

The direct detection of gravitational waves and the definitive proof of their existence is excellent news for missions in development and awaiting funding.

The study of gravitational waves will deliver key information to complement observations made in electromagnetic radiation. Ground and space-based observatories will be needed to take full advantage of this new window on the universe as detectors on the ground will cover higher frequencies from 10 to 1,000 cycles per second while detectors in space can detect waves at much lower frequencies down of a fraction of 1 Hz.

LIGO is expected to make more significant detections of gravitational waves in the coming months and years, entering an operational capability with its new detectors to further increase the observatories’ sensitivity. NASA missions are contributing to LIGO’s efforts by providing X-ray and gamma-ray observations to deliver spectral data on gravitational wave sources to enable a deeper understanding of future events.