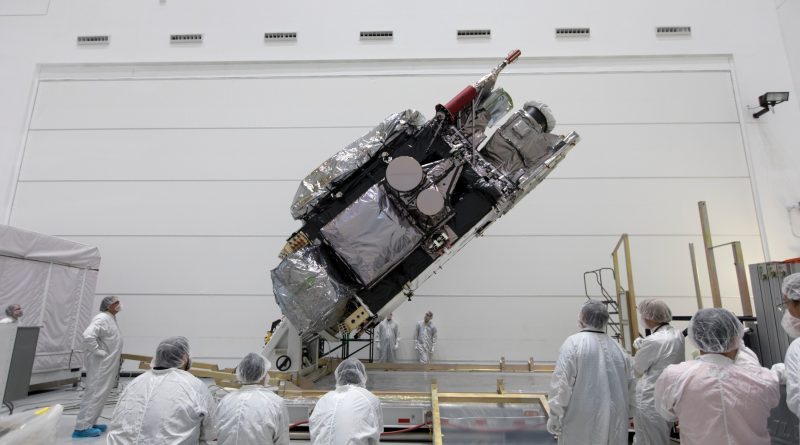 The GOES-S weather satellite undergoes final pre-launch processing tasks at the Astrotech Facility in Titusville in preparation for launch on an Atlas V rocket in the first quarter of 2018. After being unpacked following a cross-country flight, GOES-S entered a final round of functional tests, fit checks with its launch vehicle adapter and propellant loading prior to encapsulation in its protective payload fairing. GOES-S will join the GOES-R spacecraft that entered regular operation in 2017 to provide complete coverage of the contiguous United States, the Pacific and Atlantic Oceans where weather systems capable of affecting the U.S. form.