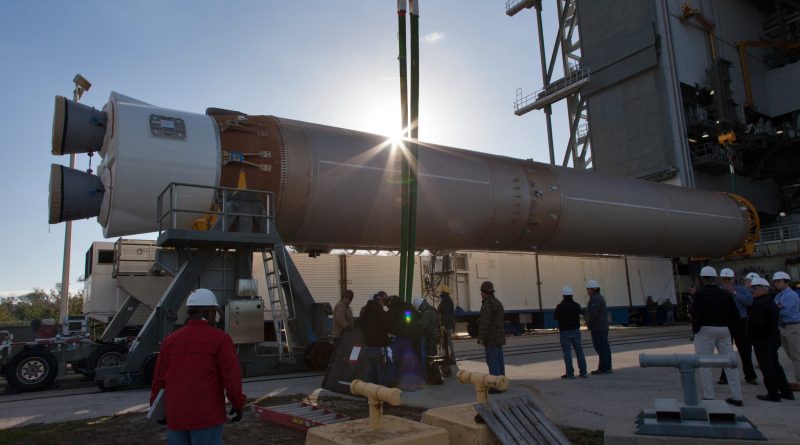 The Atlas V 541 launch vehicle for the GOES-S mission undergoes assembly at Space Launch Complex 41, Cape Canaveral Air Force Station. Build-up of the launch vehicle started on January 31st, 2018 when the Common Core Booster first stage was moved from the Atlas Spaceflight Operations Center to SLC-41 for installation atop the Mobile Launch Platform. The four Solid Rocket Boosters were added to the CCB were added over the first week of February and the Centaur Upper Stage – already pre-integrated with its boattail and interstage adapter – was hoisted atop the stack on February 8 to complete initial assembly of the launch vehicle.