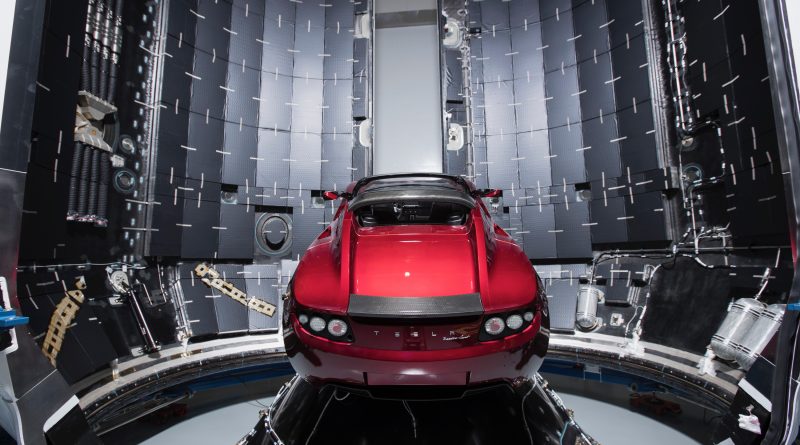 Instead of the boilerplate mass simulators flown on test flights of past rockets, SpaceX founder and CEO Elon Musk picked a more colorful payload for Falcon Heavy’s maiden voyage: a cherry-red Tesla Roadster from one of his other entrepreneurial ventures. The 2009 midnight cherry Roadster is one of Elon Musk’s privately owned vehicles and, on the way uphill, it will be playing David Bowie’s Space Oddity while its glove compartment contains a copy of The Hitchhiker’s Guide to the Galaxy along with a towel and a sign saying ‘Don’t Panic.’

The Roadster, undergoing extensive safing for its ride into space, could become the first consumer car to reach space.  If all goes well, Falcon Heavy is planned to send the automobile into an elliptical heliocentric orbit venturing as far as the distance of Mars.