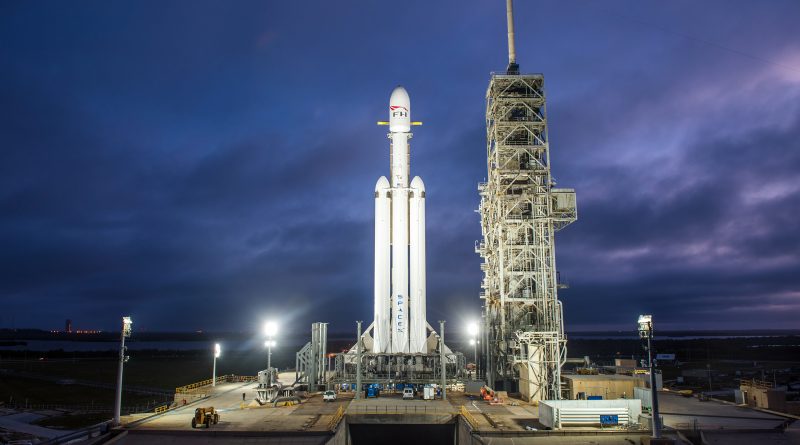 SpaceX rolled the company’s Falcon Heavy rocket up the ramp to Launch Complex 39A at Florida’s Kennedy Space Center for the first time on December 28, 2017 for a critical series of fit checks to confirm the tri-core rocket is compatible with its Transporter, Erector & Launch (TEL) device as well as the LC-39A ground system that received a number of major additions to deal with fueling the vehicle. Falcon Heavy spent just one night on the pad before returning to its Horizontal Integration Facility as SpaceX continued working through the flow towards the first static fire test of the new vehicle.