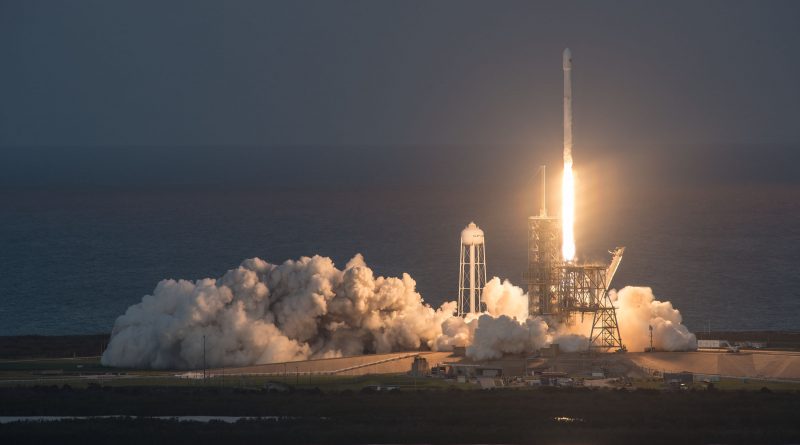 
For the first stage, separation marked the beginning of a high-speed return to Earth as the mission did not allow the booster to slow down much before hitting the atmosphere. A brief three-engine entry burn hit the brakes at the last moment before experiencing the intense heat and deceleration of re-entry. Descending toward the ‘Of Course I Still Love You’ Drone Ship, Booster #1031 lit up its center engine and managed a challenging landing, coming to rest at twilight to keep SpaceX’s streak of landing successes unbroken, now up to fourteen.


Wednesday’s Falcon 9 mission was the 43rd launch of the SpaceX workhorse, the 23rd of the Full Thrust version and the third of a ‘flight-proven’ first stage, that is one that has at least one prior operational flight under its belt. The mission was the first Geotransfer mission for the Falcon 9 after a string of four Low Earth Orbit deliveries and marked Falcon 9’s six high-energy deployment of the year.


The vehicle also received Helium pressurant gas to keep the tanks pressurized during flight and Nitrogen attitude control system propellant to keep both stages of the rocket flying true and level throughout the mission.