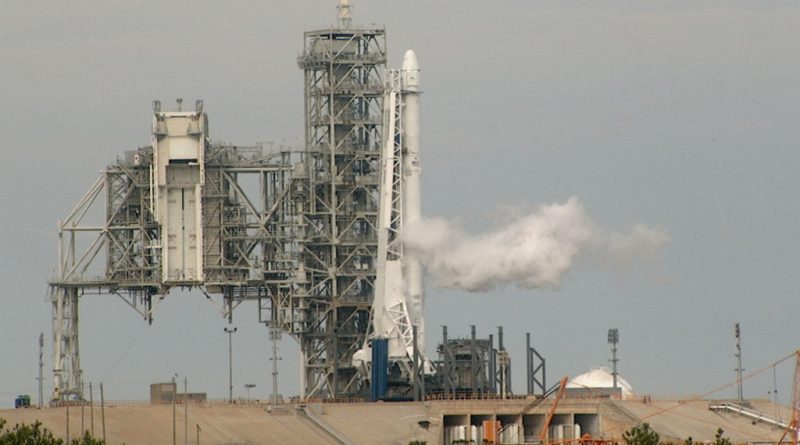 
Falcon 9 had been moved to the launch pad on Thursday to undergo a dress rehearsal before the 65-meter tall rocket was once again lowered for a busy shift of late cargo loading to place time-critical science experiments aboard the Dragon within 24 hours of the planned launch time. The vehicle was raised in the overnight hours and went through relatively clean pre-flight checks with the exception of one system on the second stage’s MVac engine.