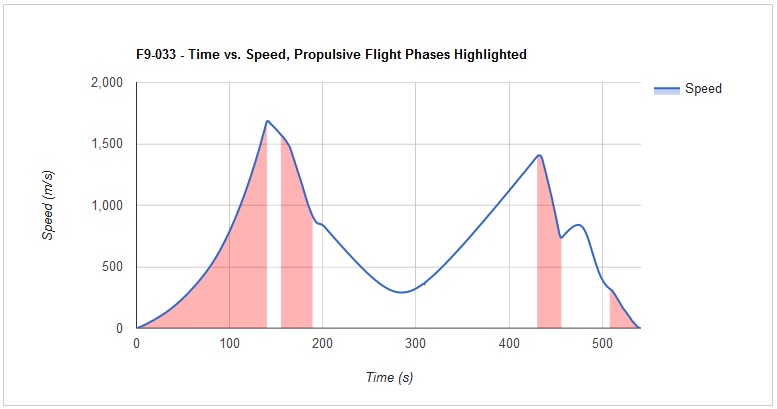 Below are flight parameters extracted from the SpaceX launch broadcast for the entirety for the first stage's round trip journey. Portions highlighted in red correspond to powered flight phases.