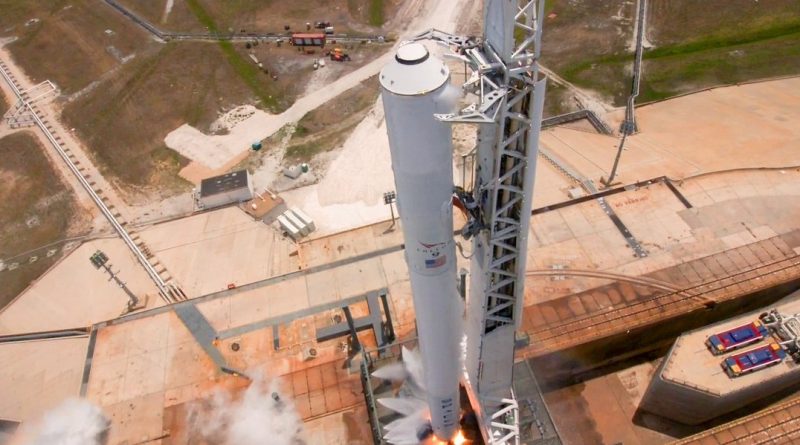 
The biggest challenge in recent years for SpaceX was reaching a steady launch pace to deal with an increasingly crowded manifest and two mishaps – one during flight in 2015 and last year’s on-pad explosion – further slowed the company’s progress by keeping Falcon 9 on the ground for ten months.


Inmarsat 5-F4 arrived at Florida’s Space Coast last month after a cross-country trip from Boeing’s El Segundo, California facility to enter a final phase of pre-launch processing. The spacecraft was put through a last set of tests, received 2,437 Kilograms of Hydrazine and Nitrogen Tetroxide propellants and was attached to its RUAG-built payload adapter ahead of encapsulation in the payload fairing this week.