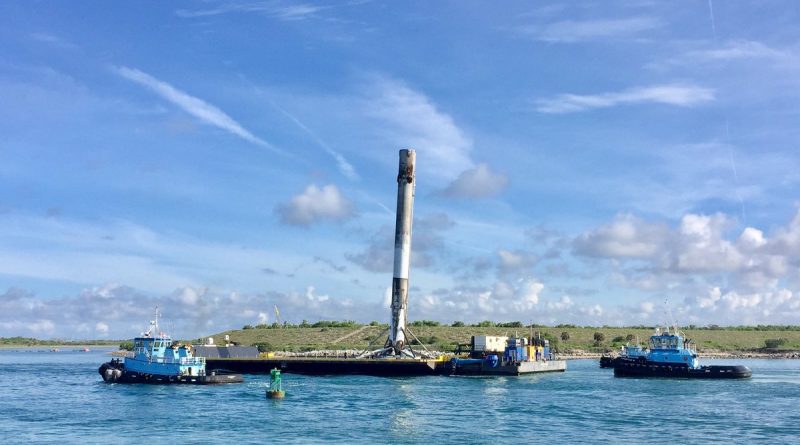 
Delivering the 3,669-Kilogram BulgariaSat-1 to this high-energy destination left the first stage with a minimum of leftover propellant for the powered return to the Autonomous Spaceport Drone Ship.


The rigors of the re-entry process became evident immediately after entry burn shutdown, with the stage descending through 40 Kilometers and pitching up slightly for the peak heating portion of re-entry. The onboard camera view became partially obstructed as heat shield material was liberated from the engine section & grid fins and deposited onto the camera, but the video clearly showed one of the two grid fins in view glowing brighter than on any mission before. Then video cut out altogether.


The cause of the last-second lateral deviation had caught interest among observers and SpaceX engineers. Musk said on Twitter Falcon 9 used up almost all its crush core capability within its landing legs to cushion a hard touchdown after being slammed sideways during final descent – either caused by a strong gust of wind or an onboard malfunction. SpaceX was reviewing video and telemetry to determine what caused the sudden lateral motion.