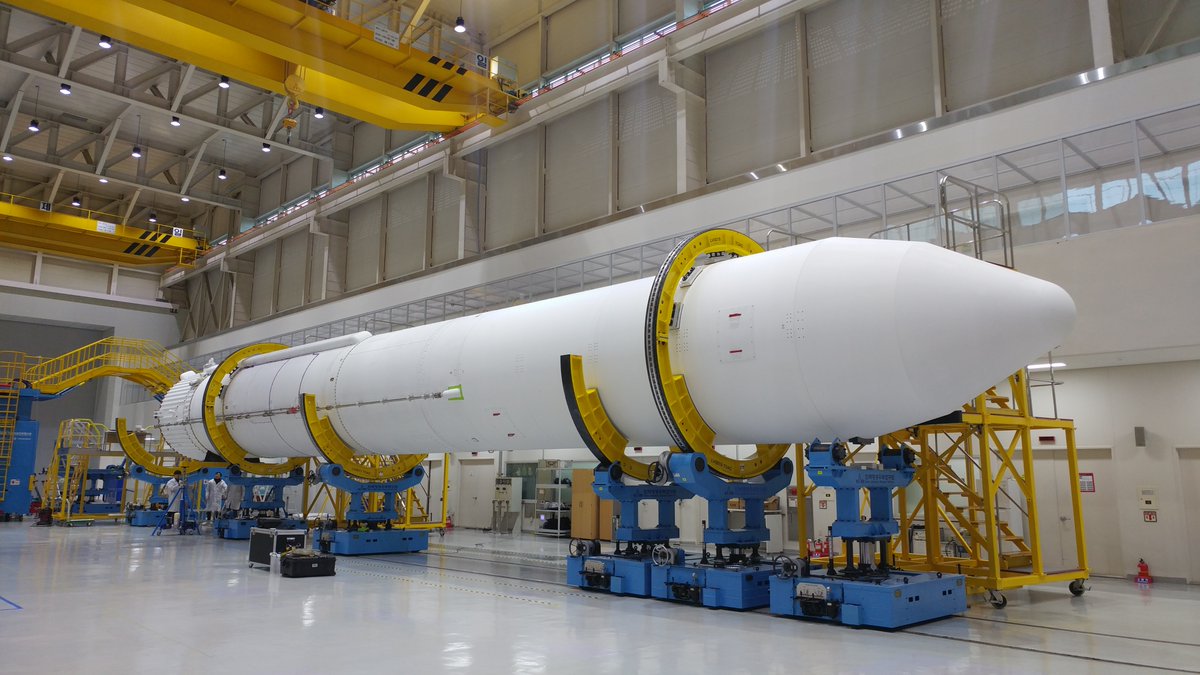 The Korea Aerospace Research Institute (KARI) plans a test launch of its KSLV-2 orbital launch vehicle in a pilot configuration intended to test the rocket’s first stage an 75-ton class engines in a flight environment. The KSLV-2 Pilot Vehicle likely flies with dummy to gather flight data during first stage flight to feed into the continued development effort of the operational three-stage version of the rocket.

Once declared operational in the early 2020s, KSLV-2 is hoped to establish a very good reliability record to find its niche in the commercial launch market, specifically the launch of LEO payloads up to 2,600 Kilograms at affordable prices. For South Korea’s space aspirations, KSLV-2 will act as stepping stone – capable of launching KOMPSAT Earth Observation and Reconnaissance satellites, but falling well short of the performance needed for the launch of heavy satellites and sizeable lunar landers.