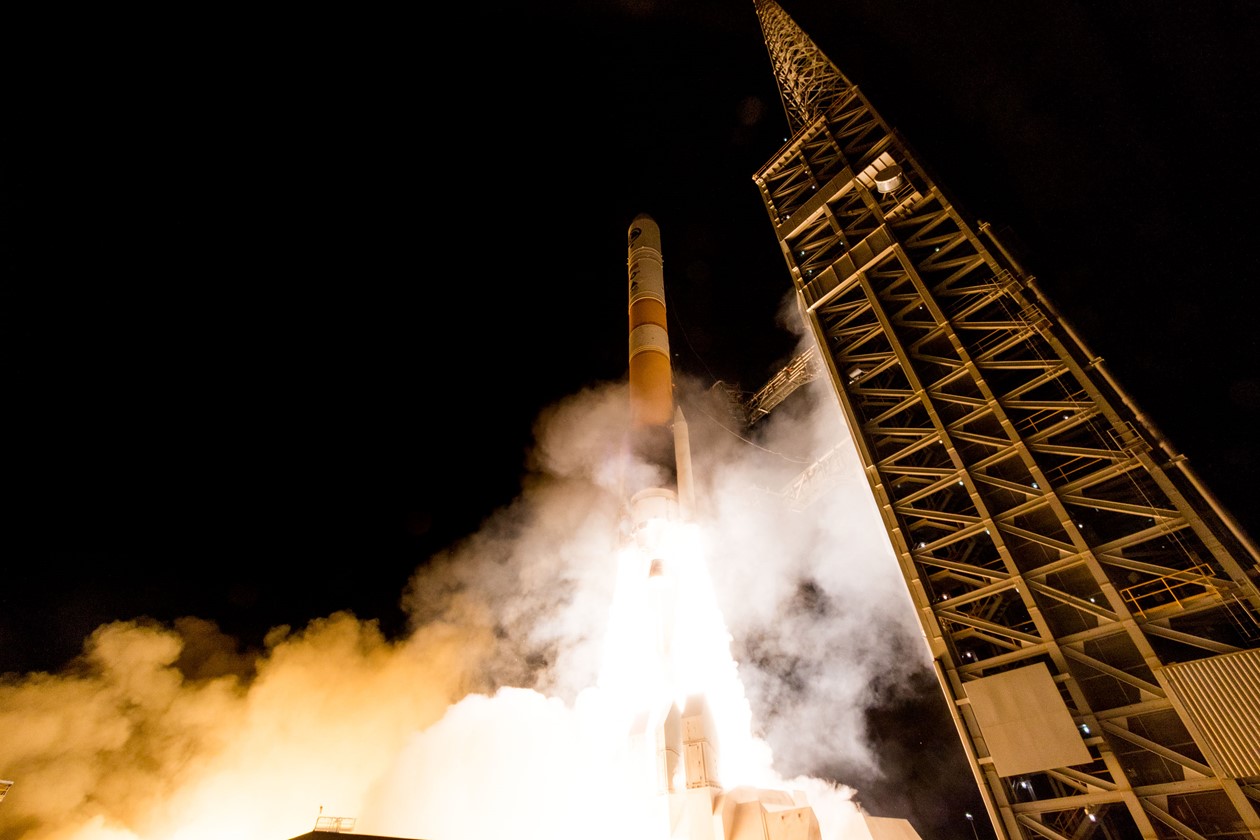 A United Launch Alliance Delta IV rocket will launch the classified NROL-47 payload for the U.S. National Reconnaissance Office, operator of all American intelligence-gathering satellites and their support assets. The launch vehicle and launch site indicate NROL-47 will join the Future Imagery Architecture, flying under the code name Topaz as a radar reconnaissance satellite operating from an unusual retrograde orbit inclined 123 degrees. This will be the last flight of the Delta IV M+(5,2) version with two Solid Rocket Boosters and a five-meter second stage & payload fairing as United Launch Alliance begins to retire the single-stick Delta IV versions.

(Vandenberg Air Force Base, Calif., Dec. 6, 2017) The ULA Delta IV rocket carrying the NROL-47 payload for the National Reconnaissance Office is delayed in order to perform additional validation of the software and systems associated with Common Avionics. Common Avionics is a newly designed suite of avionics, flight software and ground systems that will fly on both Atlas V and Delta IV. This upgraded command and control system was designed to reduce cost and improve reliability. NROL-47 will be the first flight of the Common Avionics system on Delta IV. The vehicle and spacecraft remain stable. Launch of the NROL-47 mission is scheduled for no earlier than Wednesday, Jan. 10, 2018.