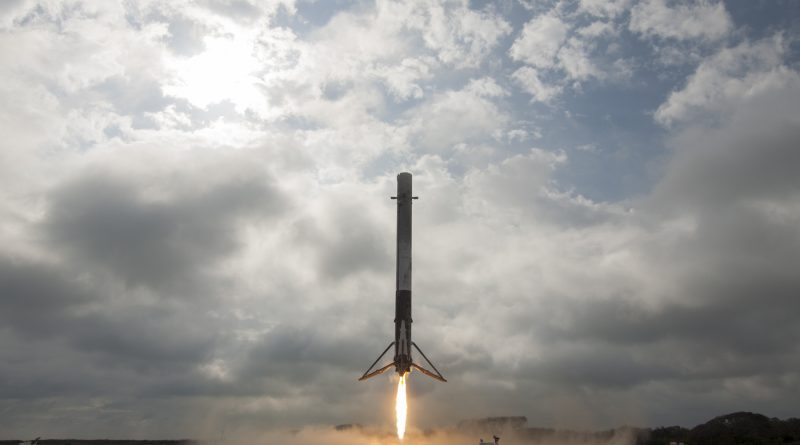 The first stage of a Falcon 9 rocket is pictured during its propulsive landing at Cape Canaveral’s Landing Zone-1, eight minutes after the rocket’s first launch from Kennedy Space Center’s Launch Complex 39A with the Dragon SpX-10 resupply craft headed to the International Space Station. The successful landing marked SpaceX’s eight recovery of a first stage after an operational mission, the third to land on land and the first on-shore landing to occur in daylight.