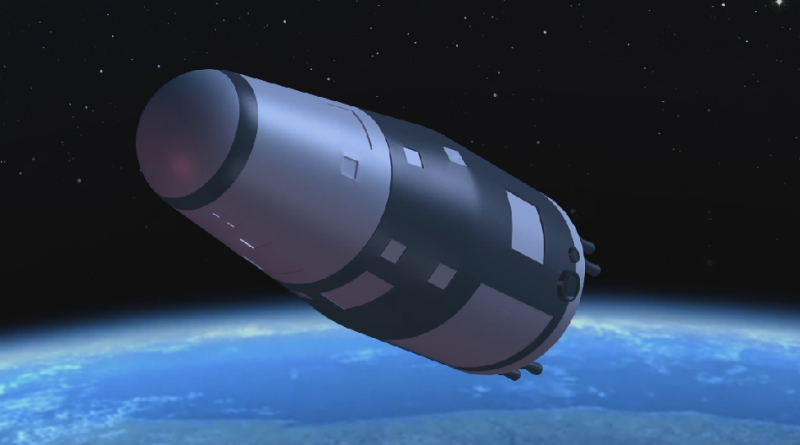 China is set to launch the Shijian-10 recoverable satellite to complete a series of experiments in space before returning them to Earth in a parachute-assisted landing after a 15-day mission. Liftoff from the Jiuquan Satellite Launch Center is set for 18 UTC Tuesday (UTC) using a Long March 2D rocket delivering the satellite to Low Earth Orbit.

The Shijian-10 mission follows up on the successful flight of Shijian-8 in 2006, a mission of 15 days that featured a number of experiments in different areas and exposed thousands of plant seeds to the space environment to study changes undergone by a variety of species. Initially, Shijian-10 was initiated to follow SJ-8 within a few years, but the project was put on ice before being revived when China’s space research program was re-structured. Heading into its engineering development phase, SJ-10 aimed for launch in 2015 which ultimately got pushed into 2016.


The 3,600-Kilogram SJ-10 satellite uses an improved SJ-8 design, based on the FSW Recoverable Satellite Bus. The original FSW spacecraft was developed in the 60s and 70s based on military re-entry technology and was once envisioned to become China’s first crewed space capsule. Over the years, FSW underwent a number of modifications and was primarily used to collect Earth observation imagery with films being returned to Earth for use by the military and civilian sector. The first FSW flight for microgravity research was completed in 1987 and showed that the spacecraft are capable of supporting a very pristine microgravity environment suitable for very sensitive µG experiments.

The Shijian-10 mission hosts a total of 20 different experiments covering fluid physics. microgravity combustion, materials science, radiation, biology, and biotechnology. The experiments riding aboard the satellite have been provided by six Chinese universities and in collaborations with the Japan Aerospace Exploration Agency and the European Space Agency.

Science aboard Shijian-10 looks at the fundamental processes in evaporation processes in microgravity, fluid dynamics in convection processes, heat transfer in boiling, and the assembly of colloidal structures in space. Combustion science, recently highlighted by the first large-scale combustion experiment launched aboard Orbital ATK’s Cygnus spacecraft will also be covered by Shijian-10 with three separate experiments studying how wire insulation could ignite and burn in a spacecraft, examining the characteristics of coal fires in an ideal buoyant environment, and looking at the combustion and oxygen consumption of thick solid fuels.

A highlighted study aboard SJ-10 includes eight different materials science experiments that aim to produce very pristine metal materials with very little defects, using the microgravity environment to achieve material properties not possible in ground-based experiments. This will allow scientists to study the microstructure of the materials to develop improvements for terrestrial manufacturing techniques and come up with new applications for novel metal alloys.

The ESA study aboard the spacecraft flies six high-pressure cylinders containing crude oil to space to study a process ongoing in Earth’s oil reservoirs in which pressure and temperature varying with depth cause petroleum compounds to separate, leading to layering within large oil reservoirs. The experiment tests different types of oil within pressurized cylinders at 400 atmospheres with one end of the cylinder being heated while the other is cooled to induce the separation of petroleum compounds that will be trapped before the mission ends to allow scientists to look at the diffusion patterns.

The Shijian-10 mission launches atop a two-stage Long March 2D rocket, lifting off without a payload fairing since the satellite is built to withstand extreme thermal and aerodynamic environments. SJ-10 is aiming for an orbit of 220 by 482 Kilometers at an inclination of 63 degrees for a mission of 15 days. The spacecraft is set for a parachute-assisted landing in Siziwang Banner, Inner Mongolia – China’s landing site of choice, also used by the crewed Shenzhou program.