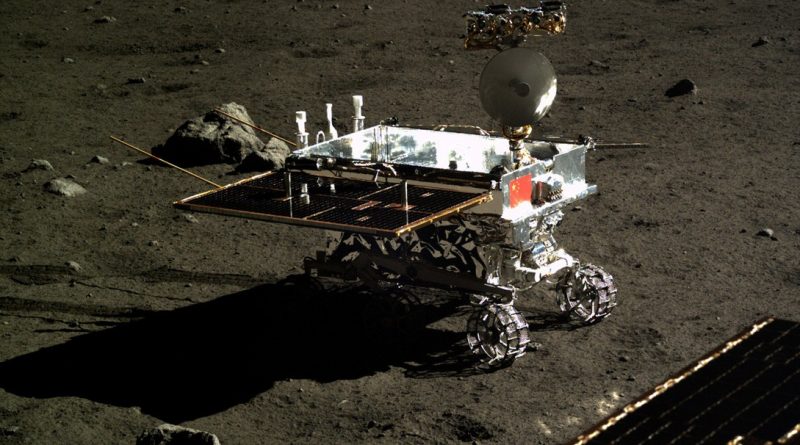 China’s Yutu rover and the Chang’e 3 stationary lander are still alive after two years on the lunar surface, waking up in late December to mark two full years spent inside Mare Imbrium having already passed their life expectancies by far. However, it remains unknown what degree of functionality both the lander and the small rover have retained over the past months in the extreme environment on the Moon where day and night last approximately two weeks.

The 1,200-Kilogram Chang’e 3 lander made a five-day trip to the Moon starting on December 1, 2013 followed by eight days in lunar orbit ahead of a successful landing on the surface of Mare Imbrium, becoming the first vehicle to soft-land on the moon in nearly four decades. Shortly after landing, the 120-Kilogram Yutu rover was dispatched to the lunar surface to begin an exploration mission expected to last three months while the Chang’e 3 lander was planned to endure the lunar environment for one year, using an Lunar-based Ultraviolet Telescope (LUT) to study the star-filled sky in the UV wavelengths and an Extreme UV Camera to examine Earth’s Plasmasphere.


Yutu was able to cover over 100 meters on the lunar surface studying various rocks using its suite of instruments comprised of panoramic cameras, a ground-penetrating radar, an imaging spectrometer and a robotic arm outfitted with an Alpha-Particle X-Ray Spectrometer. Late in its second lunar day, Yutu suffered a major systems breakdown when its mobility system failed and the rover was unable to actuate any of its moving parts – the wheels, the camera mast and the solar panels. Because the small rover relied on one of its solar panels folding up at sunset to shield the rover body against the harsh temperatures of lunar night, the inability to move the array led engineers to believe Yutu would not wake up the next lunar day and its mission would be cut short.

To the surprise of many, Yutu kept checking in with the ground – prevailing in temperatures it was never designed to withstand for an extended period of time. Unfortunately, engineers were unable to restore the rover’s motion system, rendering it immobile for the rest of its life without the ability to move its solar panels, robotic arm and camera mast. Though its functionality was significantly diminished, Yutu’s core systems and communications terminal continued functioning throughout 2014 and 2015, allowing the stationary rover to become the longest working rover ever deployed to the lunar surface.

The by-design stationary lander, Chang’e 3, also continued working throughout the last year, though the exact status of both craft is unclear, especially with respect to the usability of the scientific instruments. Communications from both, Chang’e 3 and Yutu were reported in the closing days of 2015 by the UHF_Satcom group who listened for signals from the lander and rover ever since they made their daring landing on the moon. Waking up again just before the holidays, both Chang’e 3 and Yutu have endured two full years on the Moon, well past their expected lifetimes. Marking two full years on the lunar surface, the two have been alive longer than any craft deployed to the surface with the exception of the Apollo Lunar Surface Experiments Packages that operated for over five years.

Although information on mission status is scarce, scientific papers resulting from Yutu’s stay on the Moon have been coming forward at a steady pace. In the closing days of 2015, a new paper was published looking at the mineralogy and composition of an impact crater and associated ejecta visited by Yutu. The investigation of freshly exposed material (on a geologic timescale) provided insights into the composition of younger lava flows on the Moon which has implications for the understanding of the late stages of active volcanism on the Moon. At the site, Yutu put to use its X-Ray Spectrometer and Visible and Near Infrared Imaging Spectrometer to examine the crater ejecta and regolith.

Papers also discussed the processing of data from the lander’s two instruments – one looking at the sky with UV vision while the other covers extreme UV wavelengths to study Earth’s plasmasphere. Both instruments, the Lunar-based Ultraviolet Telescope and the Extreme UV Camera delivered extensive data for analysis by scientists – a long process that is currently underway.