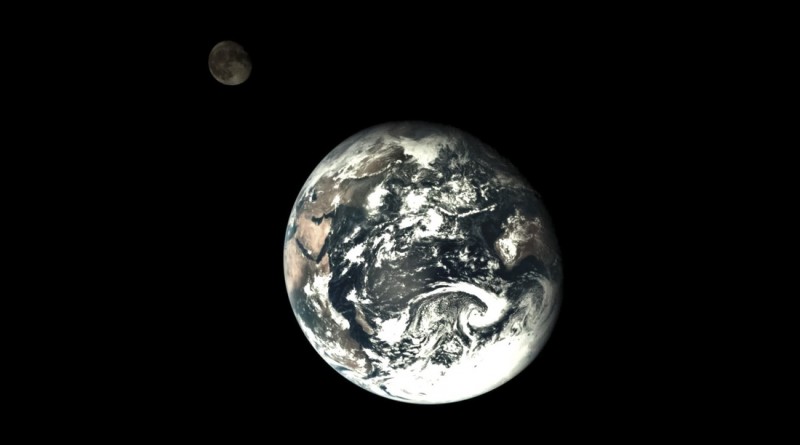 The Service Module of the Chinese Chang’e 5 Test Vehicle successfully conducted rendezvous exercises in lunar orbit to rehearse for China’s first robotic sample return mission targeting a liftoff in 2017. As part of its secondary mission, the Service Module went through a series of maneuvers after fulfilling its primary job of ferrying a Chang’e 5 Return Vehicle Prototype around the Moon and placing it on a re-entry trajectory for the critical re-entry demonstration. After dropping off the Return Vehicle, the Service Module entered a highly elliptical orbit from where it maneuvered to a Lissajous orbit around the Earth-Moon Lagrange Point 2 to eventually reach a lunar orbit by mid January.

Two orbital corrections were made to lower the orbit’s apoapsis from 5,300 Kilometers to 200km, inserting the spacecraft into a circular orbit with a duration of 127 minutes. On March 3, the spacecraft initiated a four-day simulation of guidance and navigation required for an automated rendezvous of the Service Module with an ascending vehicle carrying sample acquired from the lunar surface. To make its simulated rendezvous maneuvers, the Service Module conducted an orbital adjustment to enter an elliptical lunar orbit of 18 by 180 Kilometers where the Virtual Target Rendezvous exercises took place until March 7 – validating the guidance techniques that will be an essential part of the Chang’e 5 mission.

Having completed its trajectory demonstrations, the Chang’e 5-T1 Service Module will conduct imaging of possible landing sites for the Chang’e 5 mission to help in the selection of suitable landing areas. To obtain imagery at an appropriate resolution, the spacecraft will likely remain in a low orbit around the Moon to perform imaging during low-altitude passes. The spacecraft is expected to operate until May to fulfill its secondary mission objectives.

The Chang’e 5 spacecraft consists of four modules – a Service Module, a Return Vehicle, the Lander and the Ascent Vehicle. Overall, the spacecraft will have a launch mass around eight metric tons requiring a larger launch vehicle than previous missions. It is expected that Chang’e 5 and 6 will launch on the Long March 5 rocket that delivers the craft to a direct trajectory to the Moon.

The mission would include new technologies to realize a flight into orbit around the Moon, a propulsive landing on the lunar surface, the robotic acquisition of samples, a propulsive return to orbit of a sample-carrying ascent vehicle, a fully autonomous rendezvous in lunar orbit, the exchange of sample material between spacecraft modules and the successful return of the sample material.

To reduce as much risk as possible, Chang’e 5 will rely on elements demonstrated on previous missions – using trajectories evaluated by Chang’e 5-T1, a Return Vehicle demonstrated by the test mission, a lander based on the Chang’e 3 vehicle and Service Module Technology used by the early Chang’e missions.