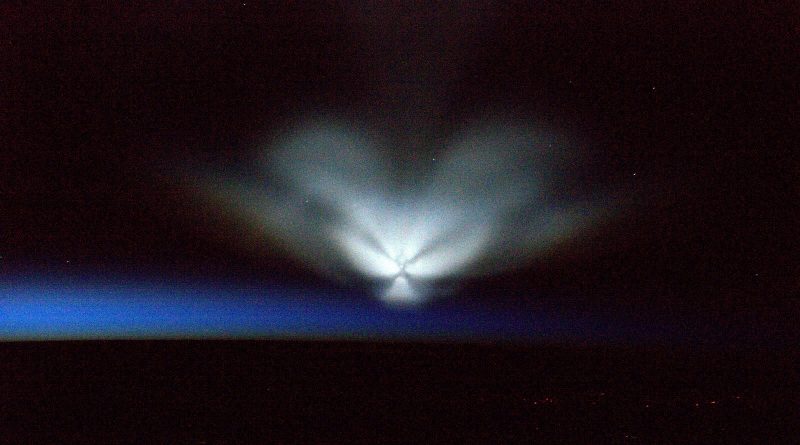 
Following its on-target injection, Progress completed its first steps in orbit by deploying its two power-generating solar arrays and the forward KURS navigation antennas. Progress pressurized its Propulsion System and Mission Controllers in Moscow were closely watching a Flight Control System test putting both data strings of the vehicle through an automated checkout.