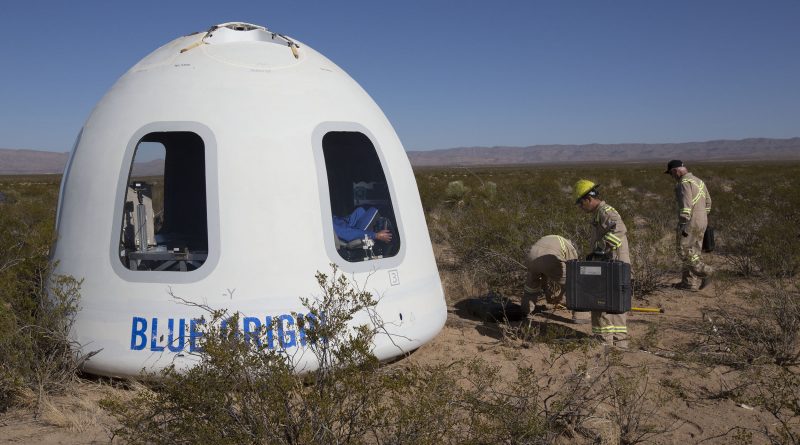 
The focus of the test program thus far was on demonstrating and improving the nominal mission architecture of New Shepard and demonstrating abilities to deal with off-nominal situations like parachute failures. These flights used a prototype version of the company’s Crew Capsule without windows and crew accommodations.


New Shepard lifted off at 16:59 UTC, rising from its pad powered by the 50-metric-ton-force BE-3 engine burning a cryogenic mixture of Liquid Oxygen and Liquid Hydrogen. The straight-up ascent began with a powered flight phase of under two and a half minutes, reaching a peak speed of Mach 2.94. NS-3 and Crew Capsule 2.0 went on their separate ways around thirty seconds after engine cutoff, continuing to climb to an apogee of 99.4 Kilometers for the capsule and 99.3km for the New Shepard booster.