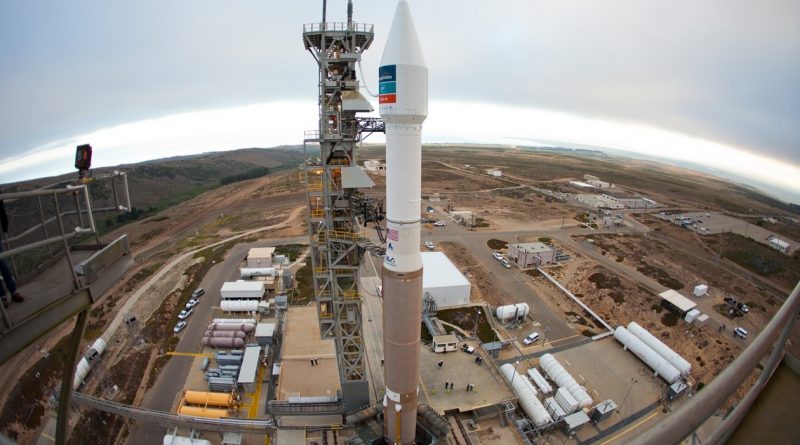 An Atlas V rocket will blast off from Vandenberg Air Force Base in California on Friday to send the WorldView-4 Earth-imaging satellite into orbit for commercial operator DigitalGlobe.

Liftoff is scheduled for a 14-minute window opening at 18:30 UTC and Atlas V will need 19 minutes to deliver the 2,100-Kilogram satellite to its planned orbit 600 Kilometers in altitude, followed by a secondary mission of two hours dedicated to the deployment of seven small satellites riding shotgun on the Atlas V.

Friday’s launch marks the first orbital space launch from the U.S. West Coast in over seven months, coming after the February 10 launch of a Delta IV carrying the classified NROL-45 satellite. The lengthy stand-down at Vandenberg was needed to relocate the main data center of the Western Range to a new facility at the base as part of a larger U.S. Air Force effort to upgrade the Joint Space Operations Center located at Vandenberg.

The relocation of some 1,100 pieces of range hardware was accompanied by an upgrade of support systems for the equipment, most of which had been powered continuously for a period of years. Services provided by the Range include safety, tracking and communications for orbital missions heading out of Vandenberg.

The downtime on the Western Range started back in early March and formally ended on August 18 after all systems had completed testing at their new location with no major issues found in the new configuration. An operational test flight of a Minuteman 3 ballistic missile provided the first opportunity for the revamped range systems to be tested before resuming support for orbital missions.

The 58-meter tall Atlas spent the last several months sitting idle atop its SLC-3E launch pad, having originally been designated to launch NASA’s InSight Mars Mission in early March before the range outage began. However, InSight suffered a two-year delay due to trouble with the mission’s prime instrument and NASA released the Atlas V launcher to be re-purposed for another mission.

Stacking of the Atlas V was completed back in December, requiring the vehicle to remain vertical for ten months until its launch opportunity which is no concern as the Mobile Service Gantry provides adequate shelter and protection from the elements. WorldView-4 also uses the payload fairing originally intended for InSight with a hand-painted mission logo which was replaced by DigitalGlobe’s company decal in the weeks leading up to launch.

The Lockheed Martin-built satellite can also look back at a storied history. Originally, the vehicle was ordered for a 2013 launch to become part of GeoEye’s commercial imaging constellation, but its launch was put on hold when GeoEye merged with DigitalGlobe that same year. With WorldView-3 launching in 2014, the company had no need to put another satellite into orbit and decided to store it on the ground until it was needed within the constellation.

In mid-2014, the satellite was re-named WorldView-4 and launch was firmed up for 2016 to help DigitalGlobe satisfy demands for ultra high-resolution Earth observation products. Pulled from storage, WorldView-4 was thoroughly checked and shipped to Vandenberg in July for final preparations including propellant loading and encapsulation in the protective fairing.

The satellite was installed atop the rocket last week for a last round of integrated checks feeding into final reviews to clear the vehicle for flight. Meteorologists are predicting an 80% chance of favorable conditions for Friday’s brief launch window.

Atlas V will enter an eight-hour countdown sequence in the morning hours, local time, to begin with the activation of the rocket’s systems for a thorough checkout. The Mobile Service Gantry will be rolled back five hours prior to T-0 to enable final pad close outs to occur before Atlas V heads into tanking after the countdown comes out of a planned hold at T-2 hours.