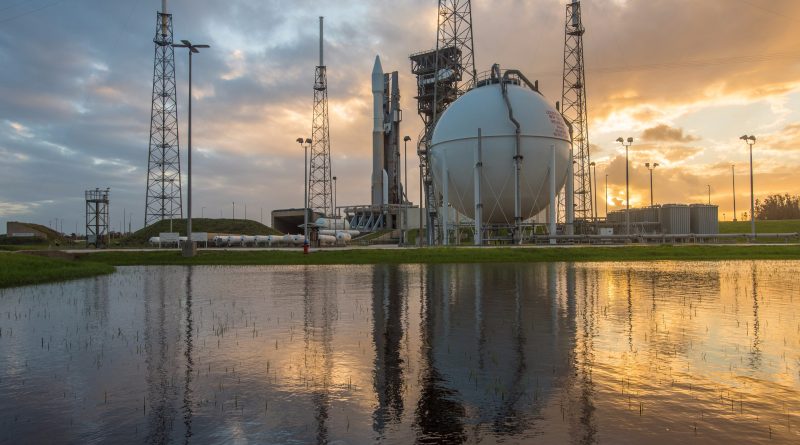 A United Launch Alliance Atlas V rocket rolls out from its integration facility to the launch pad at Cape Canaveral’s Space Launch Complex 41 on October 3, 2017 in preparation for liftoff with the NROL-52 satellite. The classified NROL-52, operated by the U.S. National Reconnaissance Office, in all likelihood is destined for a spot in Geostationary Orbit to join the Space Data System tasked with relaying commands and data to/from lower-orbiting reconnaissance satellites.