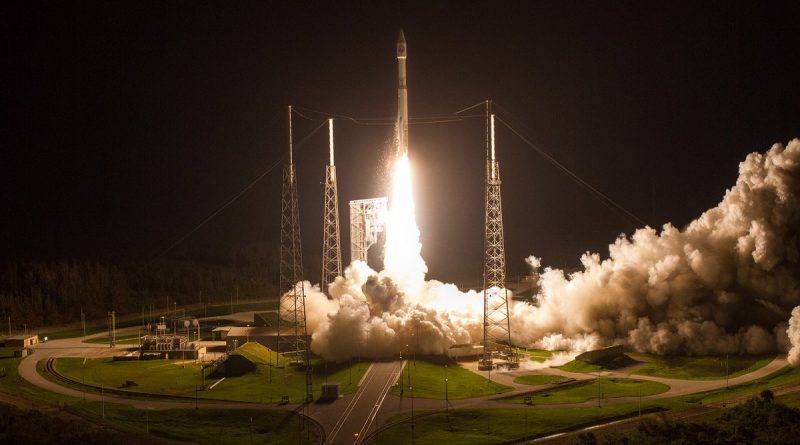 
Despite the NRO’s secret-keeping policy when it comes to the agency’s launches, it is quite clear where NROL-52 is headed from navigational warnings published prior to launch, lining up with the standard departure path from Florida when heading into a Geostationary Transfer Orbit. Employing a two-burn flight profile, NROL-52 will separate from its booster less than one hour after launch into a highly elliptical orbit from where it will employ its own engine to climb into a stationary position nearly 36,000 Kilometers over the equator.


Sunday’s launch marked the fourth NRO launch of the year, following the NROL-79 ship-tracking satellites launched on an Atlas in March, the mysterious NROL-76 that went up on a SpaceX Falcon 9 in May and buzzed the International Space Station a short time later, and the recent Atlas V launch from California with the NROL-42 electronic intelligence satellite. For Atlas V, Sunday’s launch was the sixth and final planned mission in 2017 and the 74th flight since the rocket’s debut in 2002.


The third generation continued this architecture until the replenishment of Molniya satellites apparently stopped in 2007, likely marking the transition to a fully GEO-based system.