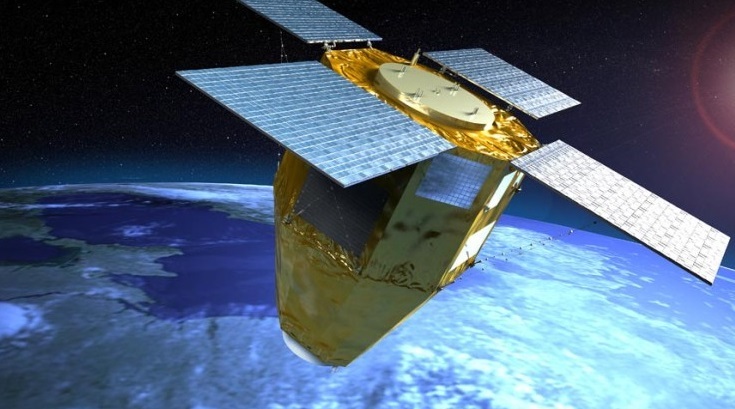 Airbus Defence and Space announced it will finance and deploy a constellation of Very-High-Resolution (VHR) satellites to deliver Earth observation products for commercial and government use.

The announcement, made on September 15, specifies that the company is aiming to launch four VHR satellites in 2020 and 2021 to continue the Pleiades Earth Observation mission which currently operates a pair of satellites launched in 2011 and 2012. Airbus Defence and Space said the company would finance the program on its own.

Airbus is facing international competition from Colorado-based company DigitalGlobe that collects imagery at a ground resolution of 31 centimeters and has been cleared by the U.S. Department of Commerce to sell its highest-resolution imagery on the commercial market.

The Pleiades and Spot satellites currently in operation by Airbus achieve a ground resolution of 50 centimeters through resampling of raw images collected at a 70-centimeter resolution. Spot 6 and 7 represent an investment of 300 million Euros by Airbus to keep the company’s commercial Earth Observation business alive, offering satellite images to government and private entities for a wide range of applications.


No details on the capabilities of the VHR satellites were given in the announcement, but Airbus is likely aiming to match the resolution delivered by DigitalGlobe. The VHR satellites – in all likelihood – will be based on the AstroBus spacecraft platform that comes in different sizes to host a variety of payloads from small Microsatellite missions of 120 Kilograms to large EO Telescopes and other payloads with a spacecraft mass up to four metric tons.

The Airbus announcement details the introduction of new ground-segment capabilities by the VHR satellite constellation including large-scale image processing and data distribution through cloud technologies to allow customers easy access to data products. The company said the VHR constellation will offer intraday revisit capacity and support flexible and rapid satellite tasking to respond to real-time demands for new imagery. Millions of square kilometers will be covered by the satellite constellation at any given day.

Airbus Defence and Space, together with Thales Alenia Space, is responsible for the construction of three CSO high-resolution imaging satellites (Composante Spatiale Optique) for use by the French and German governments in geospatial-intelligence gathering. The first two CSO satellites were ordered for a total of €795 million by the French arms procurement agency before Germany joined the program in 2015 with a contribution of €200 million for a third satellite in return for access to the imagery collected by the constellation.

CSO, set for its first launch in 2018, will overlap with the Airbus VHR constellation, taking away two potential government customers, although the French government did not rule out the possibility of purchasing imagery from Airbus in addition to CSO coverage. Nevertheless, Airbus will be primarily relying on civilian customers for VHR imagery. The company explicitly stated that the VHR constellation will “respect the continuity of Pléiades and all French laws and regulations.”

In addition to the AstroBus platform, the VHR satellites will most likely make use of payload technology developed under the NAOMI program, New AstroBus Optical Modular Instrument. NAOMI, in its largest form, hosts a 65-centimeter telescope that can collect imagery at a 0.7-meter resolution. However, Airbus has already developed the manufacturing techniques for larger, monolithic and segmented Silicon Carbide mirror assemblies that would be suitable for the VHR optical instruments.

Airbus Defence and Space did not disclose any financial details and no launch vehicle for the VHR satellites has been selected yet.