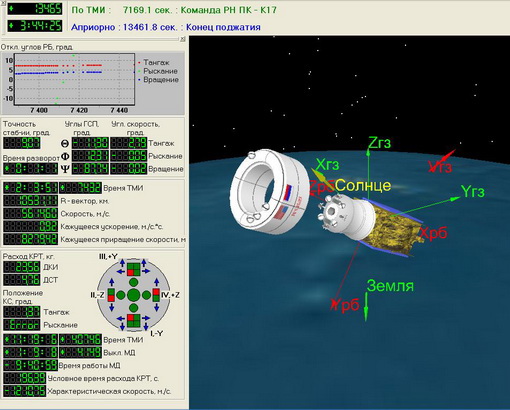 
It took one week for western radars to spot the satellite in Geostationary Orbit and the Briz-M rocket stage was found in an orbit around 33,400 by 35,800 Kilometers after going through a pair of maneuvers following spacecraft separation to enter a graveyard orbit. Typically, when its mission is complete, Briz-M vents its main propellant and high-pressure propulsion systems as well as pressurant gas tanks to enter a passive state in its graveyard orbit.