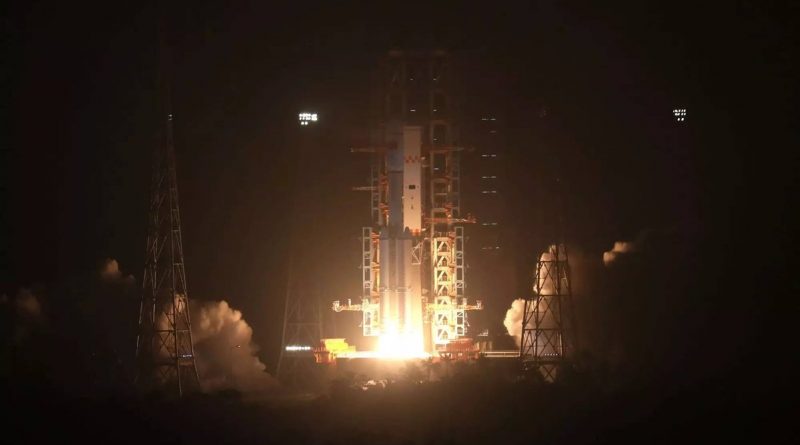 
Tianzhou-1 builds the final piece in the puzzle as China assembles the technologies and operational techniques required for the assembly of a large orbiting station. With the Shenzhou craft, China has a proven spacecraft for ferrying humans to and from orbit, the Tiangong space lab modules launched in 2011 and 2016 provided important lessons for space station operations, and Tianzhou – together with the powerful Long March 7 – will give the country a way of hauling supplies, refueling propellant and external components to the new space station.


The Tianzhou cargo ship is largely based on the Tiangong design, comprising a Service Module that hosts the propulsion and power systems and a large Cargo Module that can hold up to 6,500 Kilograms of supplies. Three variants of Tianzhou are ultimately envisioned – one with a Pressurized Cargo Carrier, an unpressurized version to haul large external payloads and a combined version with a pressurized section and an unpressurized cargo carrier – similar to Japan’s HTV that serves the International Space Station.