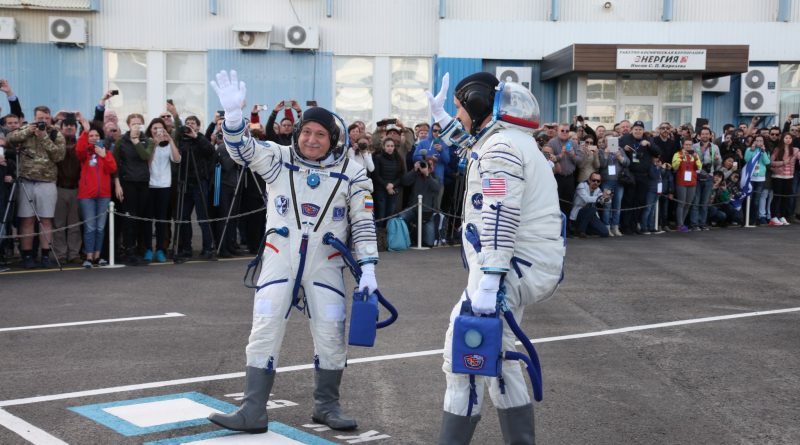 Veteran Soyuz Commander Fyodor Yurchikhin and first-time space traveler Jack Fischer prepare for an April 20, 2017 liftoff atop a Soyuz FG rocket for a nine-minute ride into orbit ahead of a same-day rendezvous with the International Space Station aboard their Soyuz MS-04 spacecraft. The crew’s day started with a 4a.m.  wake up call at Baikonur’s Cosmonaut Hotel where the departing crew members signed their hotel room doors before receiving the traditional pre-flight blessing. At Site 254 of the Cosmodrome, the prime crew put on their Launch and Entry Suits ahead of a half-hour ride to Site 1/5 where their fully-fueled Soyuz was waiting.