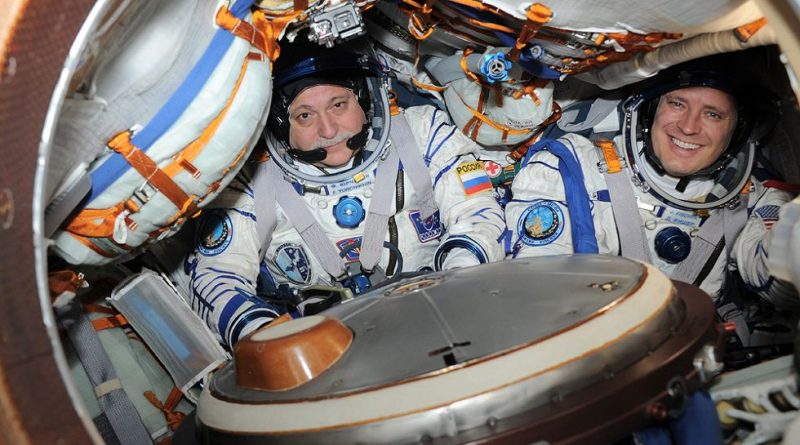 Veteran Soyuz Commander Fyodor Yurchikhin and NASA’s Jack Fischer, along with their backups Sergei Ryazansky and Randy Bresnik, go through a suit-up exercise and climb into the Soyuz MS-04 spacecraft for an ingress rehearsal and complete a simulation aboard the spacecraft ahead of the vehicle’s transfer to the fueling facility.