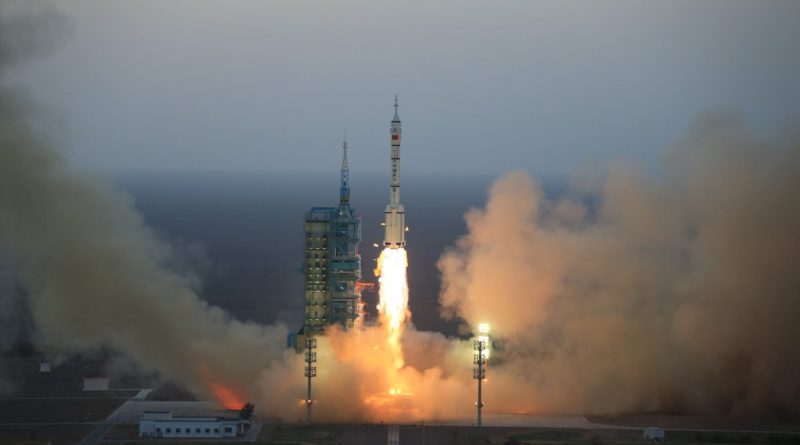 The second stage of a Chinese Long March-2F rocket re-entered the atmosphere on November 3, 2016 after launching the Shenzhou-11 spacecraft and a crew of two into orbit. Successfully dropping spacecraft off in an orbit of 200 x 330 Kilometers, the rocket stage slowly descended towards the dense layers of the atmosphere, ultimately re-entering and burning up to a large extent.