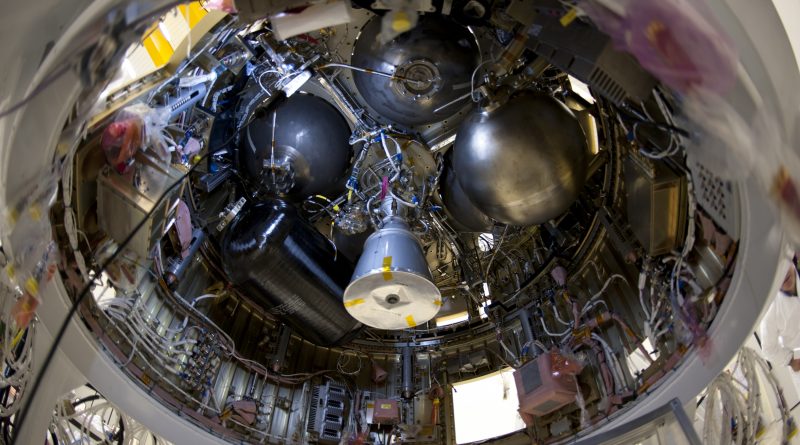 The spent upper stage from the inaugural launch of Europe’s Vega rocket in 2012 succumbed to atmospheric drag on November 2, 2016 after four and a half years in orbit.

The Vega Rocket builds the light-lift component in Europe’s line of launch vehicles operated from the Guiana Space Center with Soyuz assigned to medium-class payloads and Ariane 5 doing the heavy lifting. Vega premiered in February 2012 with a shakedown mission carrying mostly inexpensive payloads to demonstrate the all-solid launch vehicle for future customers.

Sitting atop Vega’s three solid-fueled stage is the AVUM – Attitude and Vernier Upper Module that hosts the launcher’s avionics and flight controls plus a re-startable propulsion system to complete the orbital insertion, supporting complex mission profiles including multi-orbit deliveries. Vega is 2.18 by 2.04 meters in size and has an inert mass of 688 Kilograms.